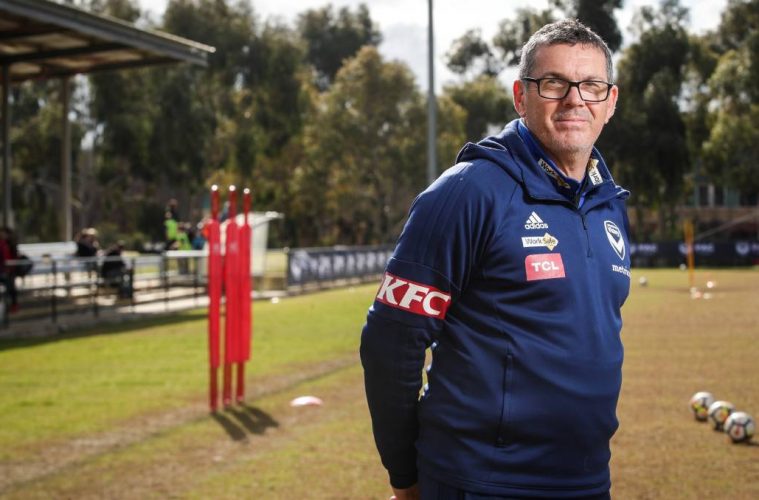 JEFF HOPKINS ON VICTORY’S BUSY START TO THE SEASON

Melbourne Victory kick off their W-League campaign against fierce rivals Sydney FC this afternoon, and will be keen to lay down a marker for the campaign which they’ll hope will atone for the disappointing end to their last.

Victory manager Jeff Hopkins this week explained while winning last years Premiership was a great effort, they let themselves down on the big occasion, losing to Perth in a home semi-final.

“The next step for us is to be able to perform at a high level in those one off finals, we came unstuck in the final against Perth because we haven’t been there (finals) for a long time”, he said.

“So the next step for us is to get there first, get consistency through the season, and then execute in one-off games”.

Hopkin’s side face a tough start to the season, with back-to-back away matches followed by a trip to South Korea, to play on the Asian Women’s Champions League tournament.

“(Champions League) is going to be tough, but could be a real positive for us. There’s three games in five days, which will be a real test for our squad as we’ve only got 19. So everyone’s going to play and contribute”.

“When we come back from Korea we’ll have a squad that’s ready to go, with match minutes. It’ll be good to be away for camaraderie, team spirit, so I think there’s a lot of positives to come out of it”.