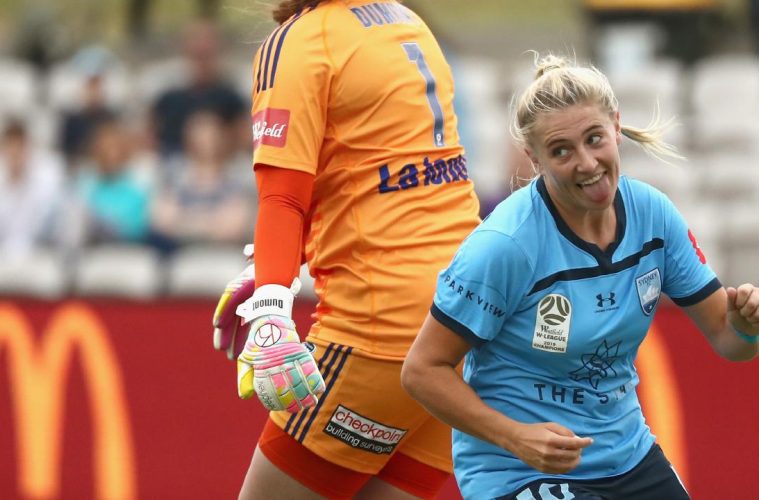 The Sydney Derby will head to Parramatta for the first time on Friday afternoon in what will be a top of the table clash, with third-placed Western Sydney hosting second-placed Sydney FC.

Sky Blues striker Remy Siemsen has had a big say in her sides success so far, her brace against Newcastle last week sealing the points and also elevating her to clear leader on the golden boot standings.

Siemsen this week joined Box2Box and expressed her excitement about stepping onto the pristine Bankwest turf for the first time.

“I’m looking forward to it so much. I was lucky enough to watch the Matildas when they played friendlies there against Chile. The field looks amazing, the girls and myself are very excited to get the derby underway”.

While many bemoan the short length of the W-League season, which runs for just 14 games, the large break does provide players time to test and improve themselves abroad.

Siemsen’s rise has been aided by a stint in the US, where she scored nine goals in eight matches for second-division side California Storm.

“I’ve always wanted to play overseas football, so the opportunity arose and I took it. It was probably one of the best decisions I’ve made”, she said.

“I grew on and off the field and I matured a lot. My confidence grew, I came back more physically capable and a lot fitter. I brought aspects of physicality back into the W-League, which I think I’d struggled with previously”.