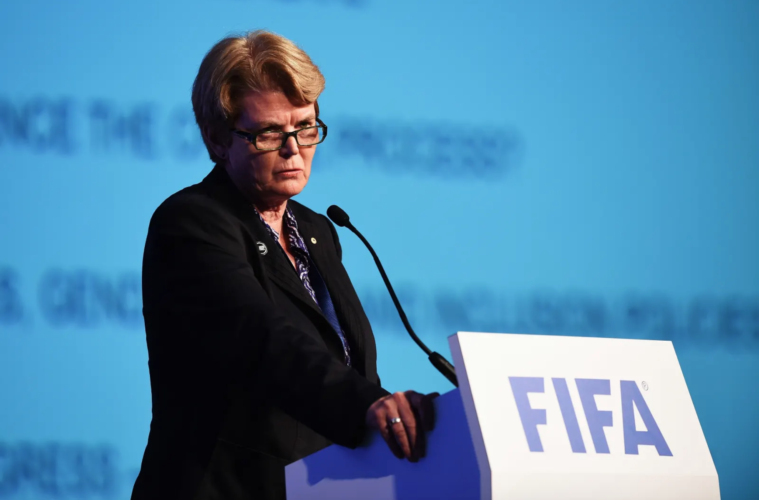 Australian football’s treatment of women has again been brought into the spotlight following the dismissal of now-former Football Australia deputy chair Heather Reid.

Reid was last Friday narrowly voted off the board at an extraordinary general meeting initiated by Football NSW, who claimed Reid had interfered with the election of fellow board member Stefan Kamasz.

Catherine Ordway, an Assistant Professor at the University of Canberra in the sports management and integrity faculty, believes attitudes towards Reid shouldn’t surprise given football is yet to implement gender equality provisions agreed upon three years ago.

“In 2018 there was a forty, forty, twenty rule [agreed on]. Forty men, Forty women and twenty of whoever comes along, to make up all decision making bodies throughout the sport of football in Australia”, Ordway told Box2Box.

“They still haven’t got 40% of women on the board or congress because the congress was expanded to 29 from the original ten. So does football have a problem with getting women into the right leadership positions?”

“You would think maybe. We’re in 2021 now and we still don’t have the constitutional provisions satisfied.”

Ordway also believes the opaque nature of the congress vote, in which several members chose to abstain, raises questions regarding Football Australia’s transparency.

“We don’t see this in other sports… where a director would be up for being dismissed from their voluntary position, because of a complaint that isn’t substantiated in any way.”

“Why is it the fact this vote could be made in private without people having to indicate whether they were voting yes or no? Why is it allowed that people can abstain from voting?”

“I think it would be useful for people to know something this crucial about who is actually governing the sport of football in Australia.”

From a broader perspective, Ordway sees Reid’s dismissal as indicative of the sexism that lingers amongst Australian sports top brass, a continuation of a theme that has seen Raelene Castle, Leigh Russell and Kate Palmer depart high ranking positions within the past twelve months.

“This has been one of my big concerns, that Heather Reid is just another woman who has been pushed out, excluded, or for other reasons has chosen to leave her leadership position.”

“There is a small segment of the community that does not believe women should be in decision-making positions in sport. I think that’s fundamentally at the heart of what we’re dealing with here.”