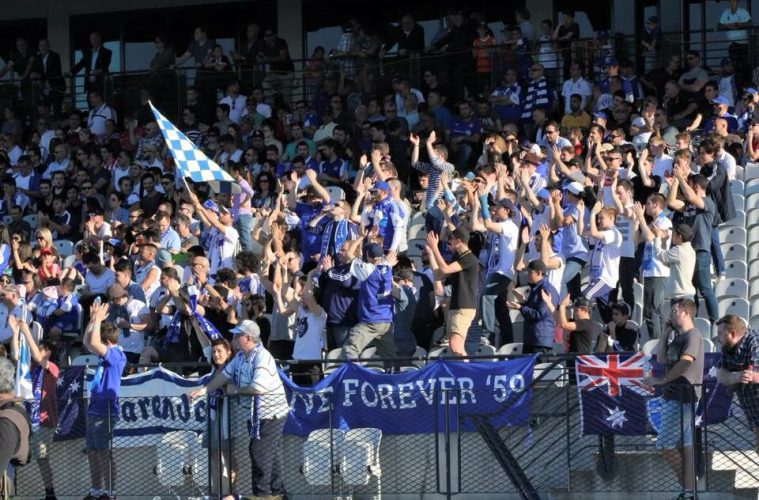 MAIKOUSIS STATES SOUTH MELBOURNE HAVE NOTHING TO HIDE

South Melbourne President Nick Maikousis is adamant his club has nothing to hide regarding allegations the club owe three former players wages in the region of $12,000.

Speaking with Box2Box Maikousis echoed the sentiments of a club statement released during the week, taking aim at a Daily Telegraph report which broke the news.

“We’re very comfortable with our position in relation to all our past and current players. We’ve had no contact from the PFA for over 12 months now, nor contact from the FFV over any of these contracts”.

“So if there’s a grievance a past player may have, there’s actually no process to hear them”.

South Melbourne and Maikousis have strongly alluded to a broader media agenda against them and all NPL clubs, as they seek to form a professional national second division.

“We have absolutely nothing to hide so you have to ask yourself, what’s the agenda? Sydney-centric media are causing this situation, damaging both South Melbourne and NPL Victoria”.

“From our perspective it’s the Sydney-centric media, the same ones that tried to nail our own Ange Postecoglou, who’s Australia’s most successful coach”.

In another matter, FIFA has ruled in favour of former South Melbourne coach Chris Taylor over unfair dismissal, with the club indicating they’ll challenge the ruling through the Court of Arbitration for Sport.

“What I can say is simply, South’s view is there were a number of KPI’s that weren’t achieved”.

“We’ve deposited the required funds into the FIFA trust account, it’s now in the hands of our club lawyers to deal with that particular matter”.