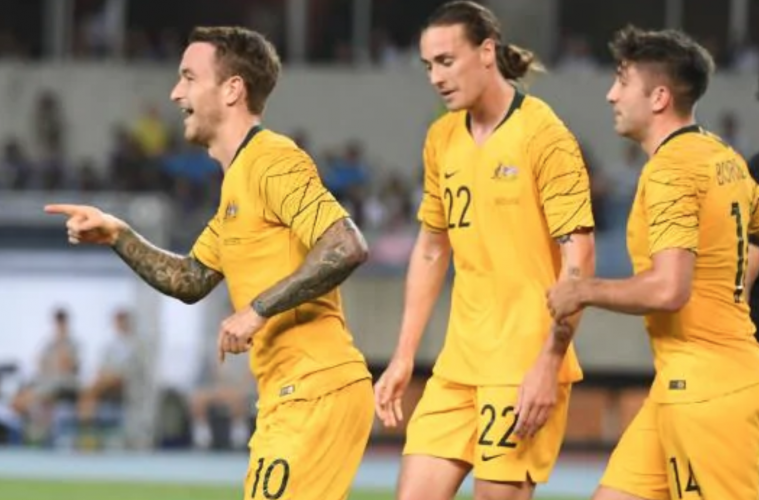 The Socceroos have continued their flawless record on the road to Qatar, defeating Jordan in Amman 1-0.

The clash was widely considered to be the toughest Australia will face in this stage of qualifying, and Adam Taggart’s goal proved enough to secure the side’s first ever win in Jordan.

Former Socceroos skipper and 84 cap legend Paul Wade joined Box2Box and expressed the sentiments of many, stating he was satisfied with the first half but frustrated by the second-half drop-off.

“They’ve never won in Jordan, so massive tick right there. The first goal, watching Irvine knocking the ball through the back four of Jordan to Taggart and he dinks it over the keeper, world-class football. Loved it!”

“But then again I got frustrated in the second half, I was throwing my slippers at the telly! Every time the Socceroos slow down they give the opposition a way back in, and that’s what happened. The positive’s all happened in the first half”.

Like many in the public, Wade was at a loss as to why the Socceroos play such positive football, but never over a considerable period of time.

“That’s what frustrates me. Is it fatigue? We don’t know how they’re feeling, but looking at the vision, why are we slowing the game down?”

“It annoys me, why do we not just put the foot to the floor and just hammer these teams? Because they can’t keep up with us (when we do), and we put ourselves in tricky positions”.