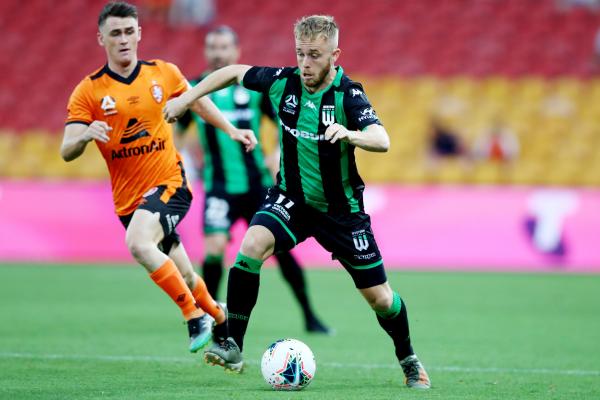 Western United will be looking to get their maiden A-League campaign back on track on Sunday afternoon when they host a revitalised Brisbane Roar in Ballarat.

Assistant coach John Anastasiadis was one of the first people through the door at United, and is bracing for a big ten weeks as they chase a place in the finals.

“We assembled a squad to defy expectations. We weren’t there to make up numbers, we want to achieve our goal of making the top six”, he told Box2Box.

“We’ve had a bit of a lull with lots of injuries, players suspended. We’re slowly getting them all back for the final run home, things should be ready to go”.

The Roar have leapfrogged United and currently sit within the six, with 22 points to United’s 21.

“They’re going really well at the moment, they’re one of the most inform teams. We had a bye last week so we’re a bit fresher, hopefully can use that advantage going into the game”.

A veteran of the Victorian NPL scene, Anastasiadis is better placed than most to comment on the standard across Australia’s professional and semi-pro footballers, and believes the talent pool for a second division is ready to be tapped.

“The gap’s pretty small, it’s not as big as people think it is. The difference between A-League and NPL level is obviously the foreigners that come to the country”.

“I truly believe if there’s a second division with a bit more professionalism involved, that will better the standard. So hopefully that will come to fruition in the very near future”.