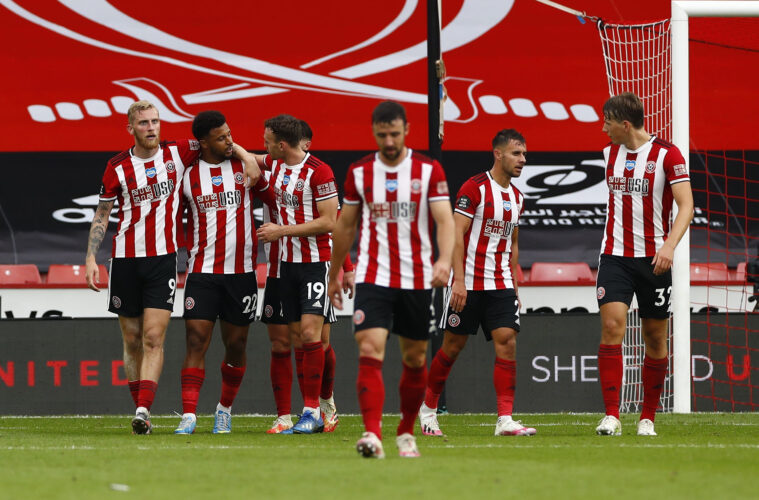 It’s been a dire second season back in the Premier League for Sheffield United, who have managed a miserly point from thirteen outings heading into tonight’s trip to Southampton.

It’s been a dramatic collapse for a side on the cusp of European football for much of last season. The Athletic’s Richard Sutcliffe explained the lack of crowds may be hurting them more than most.

“Sheffield United are trying to make up such a difference in terms of ability and skill on the rest of the Premier League, I think that extra little push the crowd used to give them makes such a difference”, he told Box2Box.

“I don’t think it’s any coincidence since we came back from lockdown over here in June they’ve won three games and scored five goals.”

That grim goal tally is the root of the issue but with a return to the Championship looming, Sutcliffe explained the club isn’t in a position to splash cash on a striker, having exceeded its budget in recent times anyway.

“They came up and spent unprecedented money in the first summer, something like £70million…for Sheffield United it had never been done before but in the Premier League it’s a drop in the ocean.”

“If you want a Premier League striker you’re talking £80-90 million these days, whereas Sheffield United are in the sort of £20 million bracket which is Brewster, McBurnie.”

Manager Chris Wilder has indicated re-enforcements may have to come via loan deals, with a likely relegation meaning long-term deals will be off the table in January.

“They get substantial wage reductions if they do go down, so that will really help, but you can’t put the future of the club at risk by going out and splurging another £30-40 million on players.”