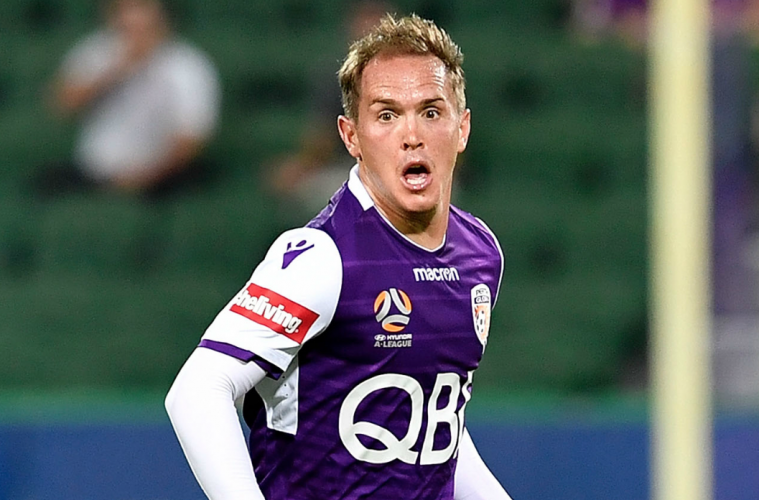 KILKENNY LOVING LIFE IN THE WEST

Despite suffering just their second loss of the season to Melbourne Victory on Saturday night, Perth Glory look set to add to a dusty trophy cabinet in a few weeks time.

Tony Popovic’s revolution sees the Glory six points atop the A-League table with four matches to play, with a Premiership and home Grand Final a distinct possibility.

Neil Kilkenny has been a crucial cog in the Popovic machine, and this he week joined Box2Box and paid tribute to the depth of the squad, which has fostered their success.

“You need (depth) as a successful club. I’ve been at successful clubs in England, it’s always the same. Training’s at a very good intensity, everyone’s playing for places and pushing each other to the maximum”.

After a frustrating spell at Melbourne City, Kilkenny has enjoyed a new lease on life in the West. A fruitful second half of 2017/18 on loan at Perth meant he was in no doubt he wanted to sign permanently.

“Last season was frustrating for me, the first six months (at City) I was not playing as many games as I’d like”.

“From January to the end of the season my form was good. I signed here permanently because I knew of the success the club was starting to get. It’s been rewarding so far, hopefully we can carry on with the results we are getting”.