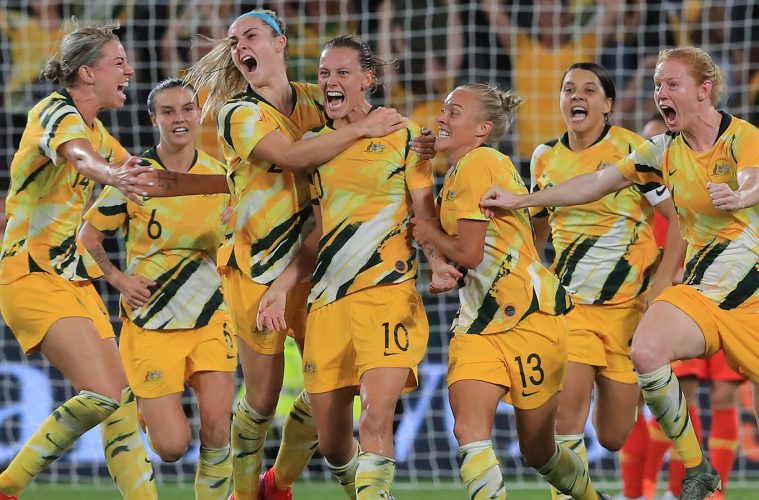 A two-legged tie with Vietnam is all that stands between the Matildas and a fourth Olympic Games, having topped Group B thanks to an Emily van Egmond stunner at the death against China.

The path to Tokyo would have been significantly tougher had van Egmond not equalised in the 92nd minute at Parramatta, with Asian powerhouses South Korea looming on the other side of the draw.

Former Matilda Moya Dodd was on hand at Bankwest Stadium and joined Box2Box on full-time, paying tribute to the resilience of the side to claw back having gone down in the 85th minute.

“We rode our luck for a long time before it broke down. There’s a lot of resilience in this team that’s pulled them through”, she said.

“Certainly it wasn’t 6-0, 7-0 nil walkover we’ve seen in the last couple of games, we really had a game on our hands tonight”.

While the 1-1 result fell the Matildas way it was an excellent performance from China, whose preparations were impacted greatly amid the coronavirus outbreak.

“They didn’t let us settle, they were putting a lot of pressure on the ball. Their defence in particular gave a very good forward line of ours a run for their money”.

“They also had quite a few chances on goal, had their shooting been a bit tidier they could have got on the scoresheet a bit earlier”.

With one final hurdle to jump before Tokyo, Dodd was effusive on what the Matildas ambitions should be.