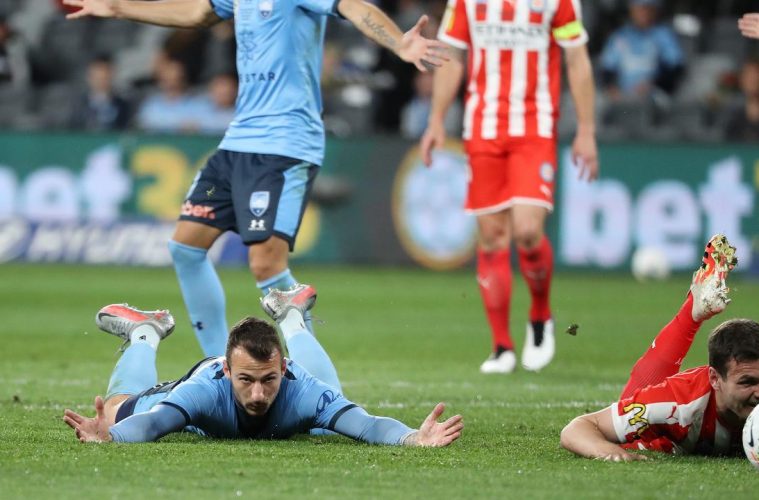 The A-League’s shifting landscape is set for further upheaval, with the League’s clubs and PFA finalising a CBA that will see the salary cap drop by up to a third.

With middle-tier players leaving for opportunities abroad at rates not seen before, Onside Agency agent Richard Rudzki hopes increased opportunity for the next generation can prove salvation in a tough time for the local game.

“What we’re going to see take place in the next few weeks is a lot of negotiation, renegotiation with new and existing contracts to fit all the players in the new cap”, he told Box2Box.

“I also believe playing rosters are being reduced and I think there’s a little bit of an incentive there to bring some younger players through.”

“I’m hoping and praying one of the positive facts that might emerge might be that younger players might be likely to get more opportunities in the A-League.”

However the A-League looks next season, there will be wounds to heal across a playing group that has been through the Covid-19 wringer, Rudzki outlining the impact it has had across the entire demographic.

“For the younger players who are emerging, particularly 16-19, this is dreadful timing for them, because they’re looking for a breakout year and it’s not going to occur.”

“The year they thought they’d get playing time to kick off a pro or semi pro career, it’s put them back in their education and progression.”

Rudzki also spoke poignantly of the human toll the game has taken, believing he’d never been in such frequent touch with his players in twenty years of player management.

“All of them, without exception have been effected by not playing, some more than others. In a few cases sadly it’s verged to the point of suffering some mental health issues, mild anxiety, mild depression.

“We’ve had to do a massive amount of counselling, reassurance, and I’ve had to bring in people to help me on this.”