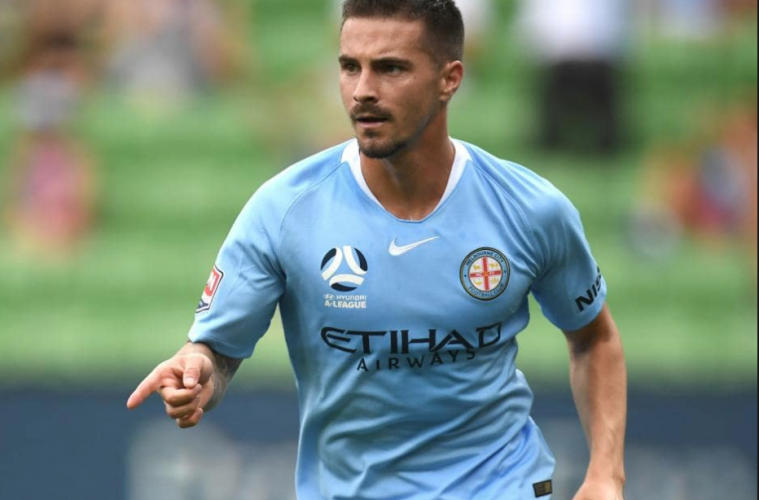 Melbourne City kicked off their 2019 FFA Cup campaign with a 3-1 win over Campbelltown City on Wednesday night.

A wonder-strike from former Premier League midfielder Craig Noone either side of a Jamie Maclaren brace was enough for City to advance to the last 16, and provided the first win under new manager Eric Mombaerts.

Maclaren this week joined Box2Box and expressed his satisfaction with the result.

“Campbelltown won the (NPL Playoff) title last year, they had a few ex A-League players, guys with a point to prove”, he said.

“In cup football it’s win or bust, so we went up there with a really good mentality and just two weeks into pre-season, it was a great start in our first competitive game”.

Maclaren believes it will be the start of a successful era at City under Mombaerts, who’s managed extensively in France and more recently in Japan.

“We know exactly what he wants to do, how we want to play and setup. It doesn’t take long in team talks because we know day in, day out, exactly what we’re doing”, he explained.

“Since day one we’ve had the balls out, we haven’t been just running up and down. His tactics show the mentality he’s got. You’ll see a whole new Melbourne City side, which is exciting”.

As for the Socceroos, Maclaren remains in a large pool of players Graham Arnold can call upon when World Cup qualifiers commence in October.

“I turned 26 last week and this is where I want to be, with the Socceroos every camp. But like anything, your form will warrant selection”.

“I really have to go out there this year and do what I do, and that’s put that ball in the back of the net, and earn that spot in Arnie’s squad”.