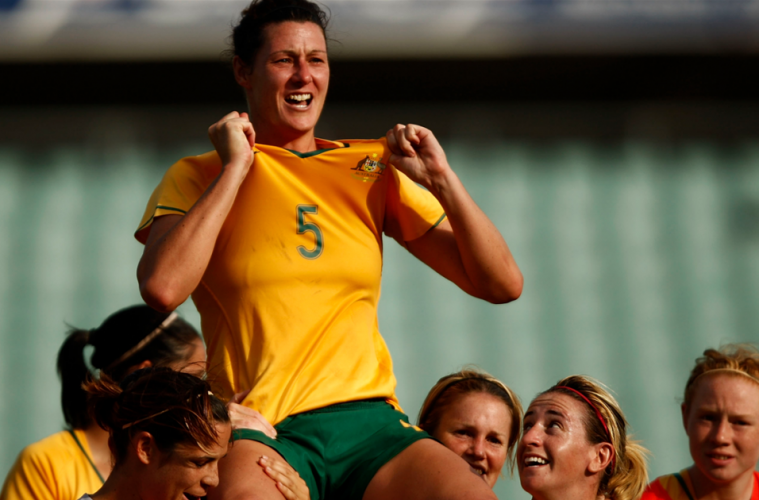 SALISBURY TO BE INDUCTED INTO AUSTRALIAN SPORTS HALL OF FAME

Matildas legend Cheryl Salisbury will become the first female footballer in the Australian Sports Hall of Fame when she is inducted at a ceremony in Melbourne this week.

Salisbury this week joined Box2Box and explained it has come as a surprise, especially given the last of her 151 appearances in green and gold came in 2009.

“It was definitely a shock when I first found out. I’d been playing phone tag with Robert De Castella but I didn’t actually know it was him that was trying to call, it was weeks before we finally got in touch”.

“He said,’ you’ve been nominated by the panel to receive the Australian Sport Hall of Fame Award’. It’s 10 years since I retired so it’s a bit like, ‘that’s another life, oh yeah, that was me”.

While the modern Matildas enjoy full-time professionalism Salisbury’s tale is an important reminder of how recently this wasn’t the case.

Currently studying full time and looking to pick up work, Salisbury believes while things have improved for female athletes, there is a long way to go before equality is reached with their male counterparts.

“Right now I’m no different to any other mum or dad trying to work full time. (I played for) no income because we didn’t have equality back then, we weren’t paid as players.”

“As a female athlete you’re not guaranteed work afterwards, because you don’t have the fame and media exposure a lot of males have, or the money behind you to set yourself up”.