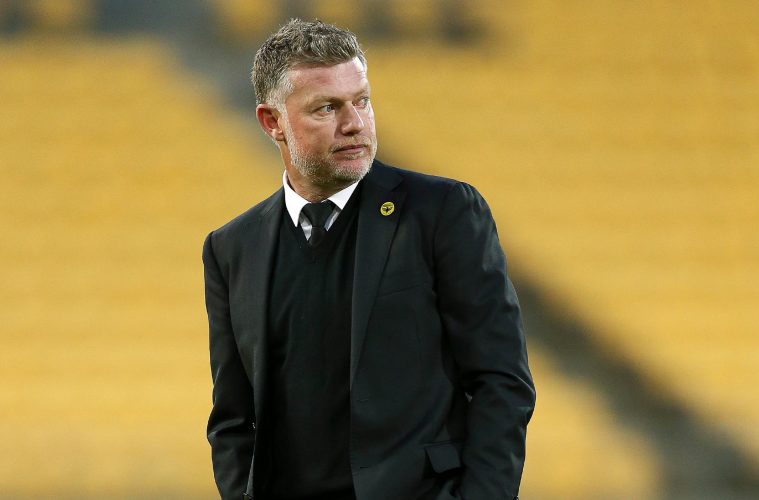 Wellington Phoenix’s A-League campaign has been seemingly untroubled by the four month Covid-19 break, with four points from their first three matches back seeing them nudge past Melbourne City into second place.

Phoenix boss Ufuk Talay believes the side’s ability to view ‘obstacles as challenges’ during numerous lockdowns and quarantines has enabled them to remain focused on the job.

“We’ve created a great environment where players want to be involved, they want to be a part of something special and I think they believe they can achieve something this year”, Talay told Box2Box.

“I think the boys enjoy the football that they play, I think they enjoy having the ball on the field and they don’t mind grinding at times as well.”

While the pandemic has stripped the league of a number of foreigners, the Phoenix have remained united as they strive for their highest finish and Championship honours.

“We’ve got Gary Hooper coming back from the UK and Ulises Davila flying back from Mexico… with the season we’ve had so far, there’s a lot of belief in this squad.”

The Phoenix tonight face Western Sydney who, although well back in the pack, will be desperate for the three points as they chase a finals position.

It will be the third of six matches between the restart and finals for Wellington, a number Talay believes provides the perfect amount of time to get run into the legs before the finals.

“It’s an opportunity to build into it because we knew if we won a couple of games we’d make the finals series, and once we make it we want everyone fresh and fit and flying then.”

“If we win our three games get our nine points, then whatever happens underneath up happens. At the end of the day we’ve put ourselves in a great position.”