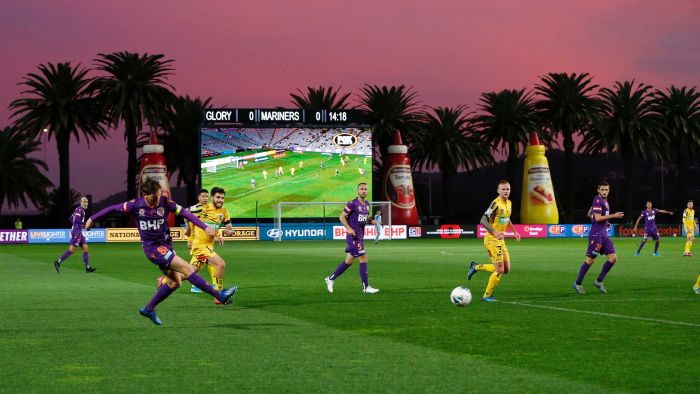 GATT BACKS MARINERS TO REMAIN ON THE COAST

Mike Charlesworth this week signalled his desire to sell his majority ownership of the Central Coast Mariners, a decision met by fans with equal parts relief and trepidation.

Lumped with a fourth wooden spoon in five seasons this week and with crowds, finances and moral at a nadir, rejuvenation through relocation of the club could certainly appeal to a new owner.

It’s a prospect that Ray Gatt, Mariners fan and retired scribe with The Australian, feels must be avoided at all costs.

“Under no circumstances should the club be allowed to be relocated, that’s got to be one of the most important parts of any new ownership”, Gatt told Box2Box.

“I’ve got no doubt that there is room on the Central Coast for the Mariners. They deserve to be there…all they are crying out for is a decent owner who’s going to put some money in.”

Should a new owner be found that will keep the club in Gosford (rumours of interest from Rayo Vallecano’s part-owner broke on Friday), Charlesworth’s exit may be viewed as the circuit breaker to end the club’s barren spell.

“We should be grateful to him from the start because when he took over, 2012/13, the club was in a bit of trouble… he came in, took over and they survived.”

“But the last four-to-five years has really been a nightmare. He’s almost run it into the ground, hasn’t put any deep finances into the club.”

“The result is they’ve ended up with three wooden spoons over the past four seasons, and that’s not good enough.”