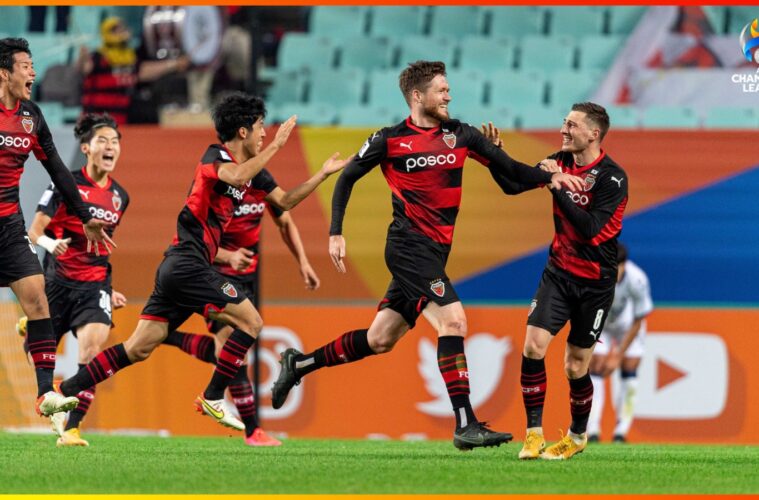 In the 54 years since the Asian Club Champion Tournament kicked off continental club football in Asia, no sides have been as successful as Saudi Arabia’s Al Hilal and South Korea’s Pohang Steelers.

In 2019 Al Hilal joined Pohang atop the pile with their third continental title, and on Wednesday morning the deadlock will be broken when they meet at the King Fahd International Stadium in Riyadh for the 2021 final (3:00am AEDT).

But as far as equality goes, the champions column is where things both start and finish. Since Pohang won their last title in 2009 Al-Hilal have reached three finals (excluding this one), staking their claim as the biggest and best modern club in Asia.

Australian audiences’ strongest memories of the Saudi giants tend to revolve around the 2014 final at the same venue, which saw Nasser Al-Shamrani spit at Western Sydney’s Matt Spiranovic as the Wanderers pulled off on of the greatest heists in competition history.

The Asian Game’s Paul Williams believes Kim Gi-ding’s Pohang will need to pull a similar trick on Wednesday if they’re to the upset Al Hilal, who in 2009 added the title of ‘Asian Club of the 20th Century’ to their 62 titles.

‘There are a lot of hallmarks of 2014. You’ve got Al Hilal going in as heavy favourites, facing a team that are absolute underdogs in red and black hoops. Al Hilal will be having nightmares of 2014 but surely they couldn’t slip up again’, Williams told Box2Box.

‘They’re in fantastic form, and they’ve been the best side of the entire competition so deserve to win. They’ve got seven or eight players from the Saudi national team who come in in form, full of confidence given their own form with the national team.’

One of those in form is experienced winger Salem Al-Dawsari, who scored the semi-final winner against Al-Nassr before jetting to Sydney to frustrate the Socceroos earlier this month, while French striker Bafetimbi Gomis made his name with Swansea, Marseille and Galatasary before embarking on his prolific stint at Hilal.

Tasked with stopping the pair could be Alex Grant, who scored a surprising but no less critical of his own in Pohang’s semi-final win against Ulsan Hyundai.

An understated defender best known for his time in Perth, Grant’s stop-start spell with Pohang has peaked at the right time, and he’ll join Sasa Ognenovski as the only Australian to feature in an ACL final for a non-Aussie club, pending selection.

‘Pohang’s form in the Champions League has been very, very good, but their domestic form has not. They’ve lost three of their last four and they’re in the relegation half of the K-League.

‘Al Hilal are enormous favourites, $1.01 favourites you’d have them with the bookies. They’re playing at home at home and the AFC have announced it will be 100% capacity, so you’re looking at 65-70,000 people all supporting Al Hilal.

‘It would be their second title in four year and they’d cement their spot as the dominant force in Asian football. But as we know from the Wanderers in 2014, never say never.’