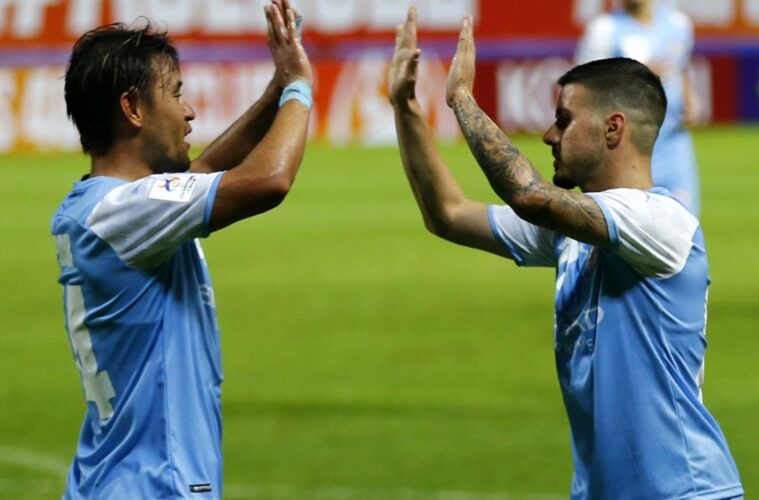 It’s the concept that threatened to tear European football apart, and still lingers menacingly in the rear-view mirror of the traditional football fan’s psyche. A year on from the rise and crash of the European Super League the concept appears to have set its sights on Asia, with Australia one of eight nations confirmed to comprise an early task force.

Put forward by the Asian Football Confederation’s commercial arm, Football Marketing Asia, a ‘Super League’ concept could theoretically reinvigorate continental club football in the region, and increase revenue for the clubs involved and the AFC itself.

But as The Asian Games’ Paul Williams explained, hardline scepticism towards the concept bred through the European fiasco may be misguided; a potential overhaul may actually see the ACL move closer to what it was in the past, rather than see a complete restructure for the future.

‘I’m not sure there’s too much cause for concern at the moment. From what I understand the proposal was put forward by Football Marketing Asia, and it didn’t receive a lot of support from senior management within AFC’, Williams told Box2Box.

‘There are a lot of assumptions around what a ‘Super League’ would be… it’s a very loaded term because we think of the European Super League, which was going to be set up with a select few clubs that joined a closed shop league and competed every year. I’m not sure whether that is the potential outcome in Asia.’

What that potential outcome might look like instead is hard to know, given the scarcity of detail or substance that’s emerged off the back of the AFC’s executive committee meeting in March, at which Football Australia chairman Chris Nikou was an attendee.

What is known is that Football Australia is open to the idea of reform, and will take its place as a ‘driver of conversations’ on the task force set up to explore its development, according to its CEO James Johnson.

‘I think it’s right to go down this path and explore how we can develop and improve Asian club competitions, because I don’t think anyone would be of the view that it’s reaching its maximum potential at the moment’, said Williams.

‘[But] a proposed Super League, it would essentially be what the ACL was a decade ago, when it was restricted to 10-12 nations each year. So I don’t understand how, a decade on, that’s going to be two-to-three times more lucrative than it was ten years ago under that format.’

‘There just isn’t enough information known yet to form developed understandings of what’s going to happen and what the future might look like.’

As the Confederation considers tightening the screws on competing nations to drive an increase on ‘premium’ competition, the great contradiction lies in that its decision to expand the current Champions League format from 32 to 40 nations appears to have borne immediate fruit.

Historically one of Asia’s weakest football regions, South-East Asian sides have so far capitalised on their increased opportunities: Malaysia’s Johor Darul Ta’zim and Thailand’s BG Pathum United top their groups mid-way through the group stages, while Lion City Sailors of Singapore notched a famous victory over Daegu of South Korea.

‘I know the expanded format has a lot of detractors, and I know it makes the competition more clunky… but for me the results we saw this week and the development in some of the teams throughout South-East Asia is exactly why this competition was expanded in the first place.

‘It was expanded to include these regions because the potential that they can generate in terms of revenue is enormous… Malaysia, Vietnam and Thailand are huge markets. India, of course, is in Asia’s West with Mumbai City, so I was always a fan of expanding the competition and I think it’s been proven a success.’