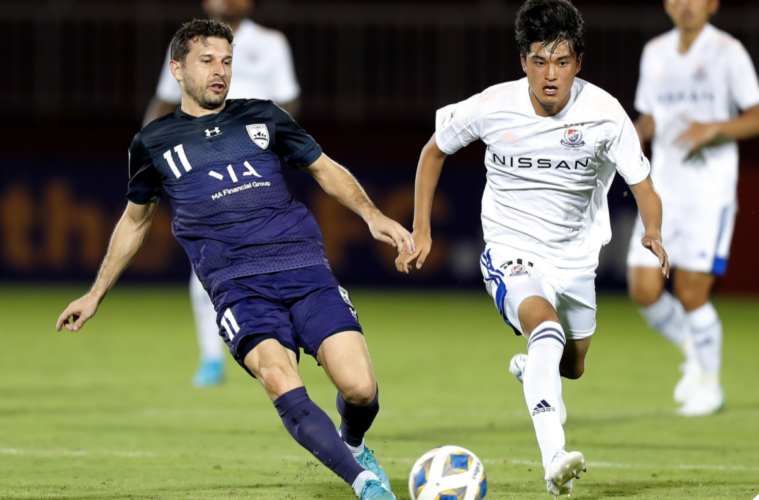 Sydney FC need to win tonight’s final Asian Champions League group stage match Hoang Anh Gia Lai to avoid the ignominy of finishing last in their group, as Steve Corica’s ageing squad limp toward the finish of their most humbling season in years.

Looking almost certain to miss the A-League Men’s finals for the first time since 2015/16, the Champions League presented as one final chance for their storied group of veterans to add another chapter to their legacy.

Instead they’ve managed just three goals across their five games to date, and barely gave a yelp as they went down 3-0 to Yokohama F. Marinos last week.

‘They look stale, they look like a club and a team in need of a reboot. That’s not to be disrespectful to any of the players who have done fantastic things for Sydney FC over the last three-to-five years, but a lot of them have been there for a long time, and maybe it’s time for them to shake things up’, Channel 10’s Simon Hill told Box2Box.

‘The recruitment at the start of the season was largely more of the same… it seemed a little bit unimaginative at the time, and unfortunately that’s the way it’s played out. Adam Le Fondre is normally good for fifteen goals a season, this year he’s managed six.

‘Kosta Barbarouses the same, Elvis Kamsoba has been out. You don’t want to say they should stick a line through all of these players, but I do think it smells of a club that needs a bit of a rethink.’

Questions have also come for Steve Corica in some Sky Blue corners, and it certainly feels like he’s started to eat into the credits he earned in winning back-to-back Championships and a Premiers Plate in his first two seasons.

‘The fans have been slow to get on his back, but I noticed since the [3-0] performance against Yokohama F. Marinos, that’s the first time I’ve seen some of the fans calling for Corica to go. But by and large it had been relatively ambivalent, because of what had gone before.

‘But i think that patience has started to wear a bit thin. I think fans have got every right to be a bit irritated this season, because what they’ve served up has not been good enough.’

While occupied in the Champions League, Sydney have had their position on the league table overhauled by the Central Coast Mariners, who have backed up last season’s Alen Stajcic-led resurrection with an equally impressive campaign under Nick Montgomery.

The shrewd recruitment of Jason Cummings and introduction of Garang Kuol post-Christmas see the Mariners head into the finals as arguably the competition’s most entertaining side, their 45 goals the second-most behind Melbourne City.

‘It’s right to call them a wildcard because they’ve got firepower, particularly since the arrival of Cummings. Marco Ureña can’t get on the pitch at the moment, he’s coming off the bench, and he’s still a quality player. So they’ve got goals in them, there’s no doubt about that.

‘Unfortunately they do leak a few at the other end as well, which is a problem, but makes them exciting to watch. I think they are a good puncher’s chance in the finals, I don’t think any team would particularly want to be drawn against them.

‘Nick Montgomery has done a terrific job with this squad and they’ve got such a great crop of talented youngsters. Garang Kuol came off the bench to score that brilliant fourth goal against the Newcastle Jets (and scored the winner in their following match against Western United) -they’re exciting, and it’s great to see because they were in the doldrums for so many years.’