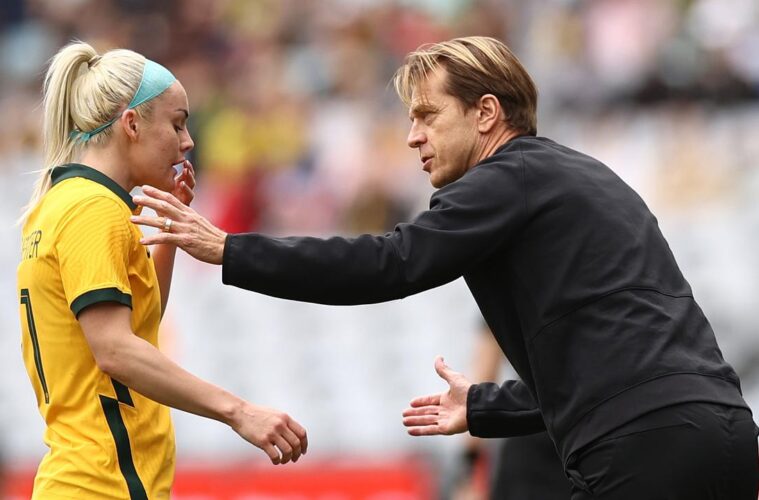 Winning is a habit, and in sport, the best do it at major tournaments. It’s a habit the Matildas are yet to bed down, after an early exit at the 2019 World Cup and marginally missing a medal at this year’s Tokyo Olympics.

All will be forgotten should the breakthrough success come at the 2023 World Cup on home soil; conversely, failure will see this generation, with a core group as experienced and familiar as a side can be, marked unfulfilled as they fragment into retirement.

So far, Tony Gustavsson has sacrificed winning ways in favour of exposure that will theoretically pay off in time, an extreme example coming as Courtney Nevin (19 years old) and Jessika Nash (17) started in the heart of defence against the USA on Saturday. It’s a method with successful precedent in Australian football, following Ange Postecoglou’s broad casting call from 2013-14, before winning the 2015 Asian Cup.

But Postecoglou understood while friendlies were one thing, tournaments are another. It’s why January’s Asian Cup in India bears an enormous opportunity for Gustavsson’s Matildas, to foster winning habits with something on the line – even if nobody is talking about it.

‘We usually use the Asian Cup to qualify for the World Cup, so there’s always [less] hype around it because you’re leading into something that is, without taking away from the quality of the tournament, a means to an end’, Georgia Yeoman-Dale told Box2Box.

‘We’re in a very different situation this time around as hosts, meaning we’re automatically qualified. So they’d look at the Asian Cup and say ‘ok, what are we looking to get out of it? It should be that we’re always looking to win trophies.’

‘But we also need to strive and continue to strive to be number one in Asia, because that is very achievable and we should be doing that right now, it shouldn’t even be a question.’

The Matildas open their campaign on January 21 against Indonesia, before meeting Alen Stajcic’s Philipines and Thailand. Eight of twelve sides qualify to the knockout stage.

‘We should be able to go with not even our full strength side and win that, that’s where this Matildas side is in terms of Asia. The exception is maybe Japan, who are always strong.’

During the Matildas recent friendlies against the USA, Yallop became the sixth player of 2021 to win her 100th cap, the 12th overall, while a further three teammates will likely cross the mark next year. There will never be a generation as primed for success, and the World Cup looms as their crowning glory. But with the clock ticking winning habits remain elusive, and the Asian Cup is both a very good and final place to start.