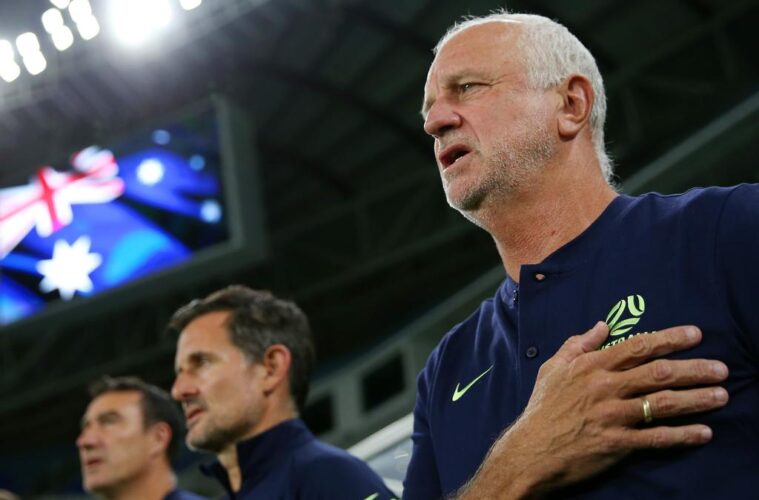 After more than three decades as a player, assistant coach, Olyroos coach and senior manager, Graham Arnold will this November write the entry into his Socceroos CV that will stand as his greatest achievement, when he leads the side at the Qatar World Cup.

It speaks to the boom or bust nature of international football that for all Arnold has contributed to the national team, his reputation and place in history was squarely on the line as the Socceroos and Peru stepped up for their spot kicks. Had things gone differently he’d today be looking for a job; instead, history will forever consider him just the second Australian to lead a senior men’s side to a World Cup.

‘I do believe it was the hardest pathway the Socceroos have ever been through to qualify for a World Cup, due to Covid. I could talk about the negatives of that, but I’m just so proud and happy for the players because of the sacrifice they gave to get us, not just to the World Cup, but also to get us through the campaign’, Arnold told Box2Box.

‘I had to use 45 players just in the third phase to get us through to the end of those qualifiers. When you look at a normal World Cup qualifying campaign it normally spans roughly 700 days, whereas this one went for 1070.

‘The boys, their commitment to get through the campaign was first class, a lot of them were getting pressure from their clubs not to go and play for Australia… It was tiring, challenging, but in the end the universe paid us back for all the commitment the boys gave.’

Despite setting a FIFA record for consecutive wins in a single qualifying campaign in the early stages, Arnold would have been forgiven feeling the odds stacked against the side by the end of it insurmountable. The Socceroos played just five of their twenty matches at home, rarely with their best eleven available at once, while Arnold himself was ruled out of two camps due to Covid-19.

On those occasions the side was in the hands of assistant René Meulensteen, who Arnold credited with the penalty preparation that ultimately proved the difference against Peru. After the strain of international travel amid the pandemic, Arnold also credited the ability to get together for an extended period in Dubai ahead of their assignments in Doha, which featured a friendly against Jordan, as pivotal in turning the tide.

‘Jordan was just the [second] friendly game that we’ve had since Timmy Cahill’s retirement against Lebanon in 2018. To be able to experiment with things with minimal risk, to have the players on the park and work with them at training and work on those details, it set us up perfectly for the two games.

‘I’m the type of coach and manager that’s more of a man manager, face to face conversations, understanding how the players are feeling mentally and the toll it takes on families, to make sure the boys were right. To walk into camp initially in Dubai, then go across to Qatar and have a bit more time together before the Jordan game… was fantastic.’

So after 19 goals in 56 games as a player, two Olympic Games’ in charge of the Olyroos, and now nearing the end of his second stint as head coach, Arnold’s likely swansong with the national team will also represent the pinnacle. There is an air of familiarity about Australia’s assignment in Qatar, having also faced France and Denmark in Russia four years ago.

The other team in the group in Tunisia perhaps represents the Socceroos best chance at just their third World Cup win, and first since 2010 – although Arnold fancies the defending champions first up, too.

‘I went to Russia [as a spectator] and I honestly felt we went out trying not to lose. I don’t coach that way, I truly believe those bigger nations are vulnerable right at the start. France aren’t looking at games one, two, three, they’re looking at semi-finals and finals.