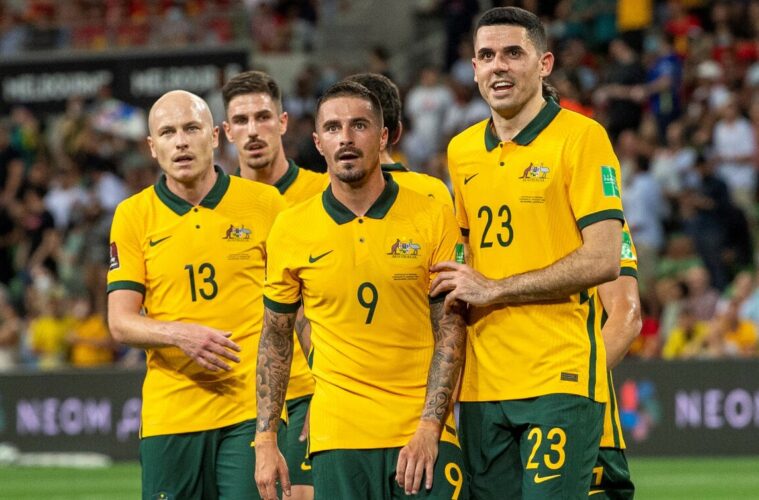 The Socceroos’ World Cup fate remains squarely in their own hands three-quarters of the way into the third round of AFC qualifying, after a 4-0 win over Vietnam in Melbourne helped keep them within touching distance of automatic qualification.

With remaining fixtures in Oman, Saudi Arabia and Sydney against Japan, the equation remains simple: win and they’re in. The reality will be harder against three quality outfits with just as much on the line, but Ernie Merrick believes the attacking impetus shown against Vietnam could be key.

‘They’d done so well until the last three games which saw two draws and a loss against Japan, so they needed to bounce back from that, and they bounced back in style’, Merrick told Box2Box.

‘I was particularly impressed with the very attacking lineup. It wasn’t a case of worrying about Vietnam being a bit of a banana skin… that had nothing to lose, and the Australians thinking ‘well we’d better play it safe.’

Central to that attacking display was Tom Rogic, who gave Vietnam a warning of the mood he was in inside the first minute when he found the net, only to have it ruled out by VAR. Undeterred he sizzled throughout the first half, scoring and setting up another when the game was on the line.

For so long a slightly unfulfilled talent, Rogic is now playing career best football at 29. The spectre of injury is never far away, but if last night is anything to go by he is clearly the Socceroos’ greatest asset, perhaps only matched by Mat Ryan.

‘Tom has just settled into playing very creative football, he’s always safe on the ball, rarely gives it away. His forward passes in behind defenders are what set up the likes of Maclaren, Boyle, Leckie, etcetera. He’s a great passer of the ball, and ‘Angey’ Postecoglou is certainly getting the best out of him.’

‘Vietnam basically played with five defenders, four midfielders and a striker in the first half. There isn’t a lot of room to move around in, but with Rogic picking his passes forward, Irvine supporting him and Aaron Mooy playing an unusual Number Six role, it worked really well.’

Merrick also reserved praise for assistant manager René Meulensteen, who was Graham Arnold’s representative on the touchline as Arnold served a Covid-19 isolation period. Even for a man of Meulensteen’s experience, Merrick felt the long-time right-hand man of Sir Alex Ferguson would have been felt the weight of responsibility.

‘Rene has had tremendous experience in the game, especially at Manchester United, so he knows all about pressure, and this would have been a pressure game for him. Some coaches, when they come in, pass the nerves onto the players, but he did the right thing, he handled it well.

‘The players looked very relaxed and for me, controlled the whole game. The coach must have made them feel comfortable, challenged but determined, and they went out and played their own game.’

If there was one part of the night that caused division among Socceroos fans it was the form of Mat Leckie, playing on his new home ground at Aami Park en route to what would be his third World Cup.

Although he was on occasions unable to find the net he was unfortunate not to be awarded a penalty after drawing a shirt tug from Pham Xuan Manh, and eventually slipped Rogic through for the game’s second goal.

‘Mat Leckie is an outstanding player, he’s got skill, speed and an enormous work rate. There’s always this small minority who are vocal and loud and critical, but I don’t see how you could criticise him.

‘He’s had a wonderful career, always represented the Socceroos and given everything, and I thought he played very well. With his pace up front, he comes inside from the left wing, Boyle comes in from right wing, Maclaren gets in behind centre backs, those three caused havoc.’