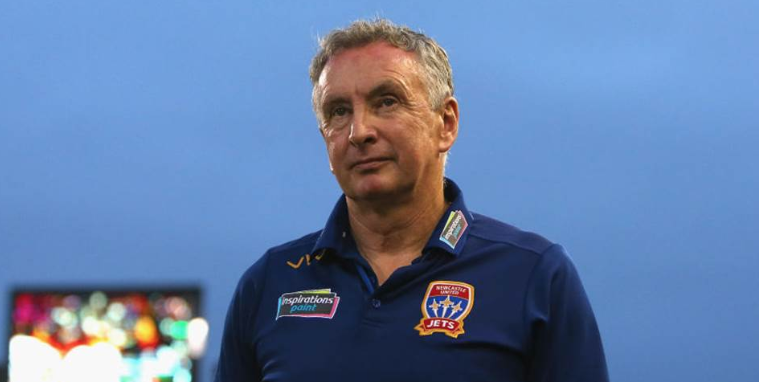 Newcastle Jets have advanced to the FFA Cup quarterfinals for the first time, disposing of local rivals Edgeworth Eagles 5-1.

For the club and manager Ernie Merrick, it made a welcome change after an unsuccessful first few years in the competition.

“To get to the quarterfinals I think we’ve done a pretty good job, especially (winning) against Victory from 2-0 down (in the previous match)”.

Despite a wonder goal from veteran opposition striker (and Jets club employee) Daniel McBreen, it was a comprehensive performance in a rare meeting between the neighbours.

“I thought it was great to have 43,000 people at the game, and know everyone in the community was keen for one of us to go through.”

“We needed to show we could play attacking football from the start. We went in with a very attacking line-up, they made it difficult, but we got on top and played really good football”.

Panamanian striker Abdiel Arroyo found the scoresheet and looks one of a number of shrewd signings, which could lead the club back up the table this season.

“We’ve had to be very frugal knowing the clubs up for sale, we don’t have a great budget so we’ve got to spend wisely”.

“Arroyo is only 25 and played almost 40 games for the Panama. Wes Hoolahan, Nick Fitzgerald, Matty Millar… those have all been worthwhile, inexpensive, yet high quality buys”.