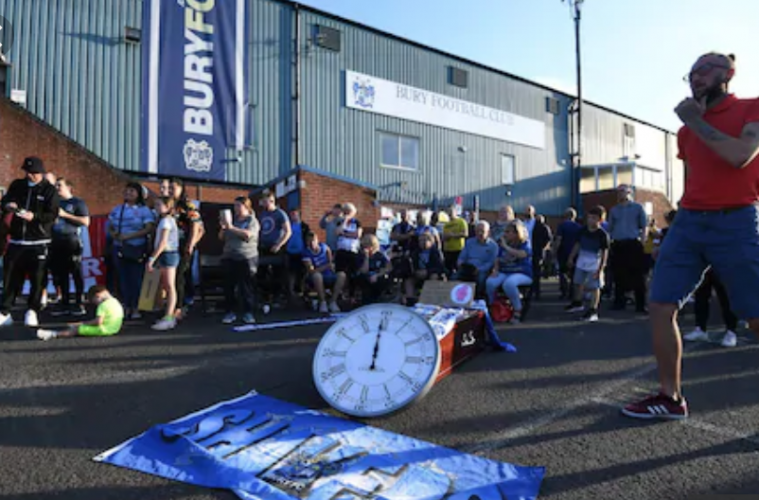 Bury FC became the first club since 1992 to be expelled from the English Football League during the week, having been unable to find a new owner to revive the club’s finances

The Athletic’s Rob Tanner joined Box2Box this week and expressed his sorrow at their demise, while also calling for the Football League to ensure this fate doesn’t befall others.

“It’s a tragic tale. This has been coming for a while; there’s been so many clubs on the brink of this rescued at the last moment. But for Bury there was no reprieve”.

“It should be a stark wakeup call for everybody involved in the Football League”.

Tanner called for tighter regulations around who could own clubs, given the contempt and flippancy many non-football businesspeople treat clubs with.

“The drive to be successful overcomes all logic at times in terms of finances. Clubs spend money they haven’t got, there’s been numerous ownerships that have been dubious to say the least”.

It appears Bury have no option but to reform at the foot of the pyramid at non-league level. Fan-owned clubs have achieved some success in the past, and this may be the only way to preserve Bury’s 135 years of history.

“Bury fans that love their club will be there for the rebirth of the club. We’ve seen fan owned success at Portsmouth, fans can buy shares, get on board, have some say. It might not be the same club, but it might be in essence if the fans are still there”.