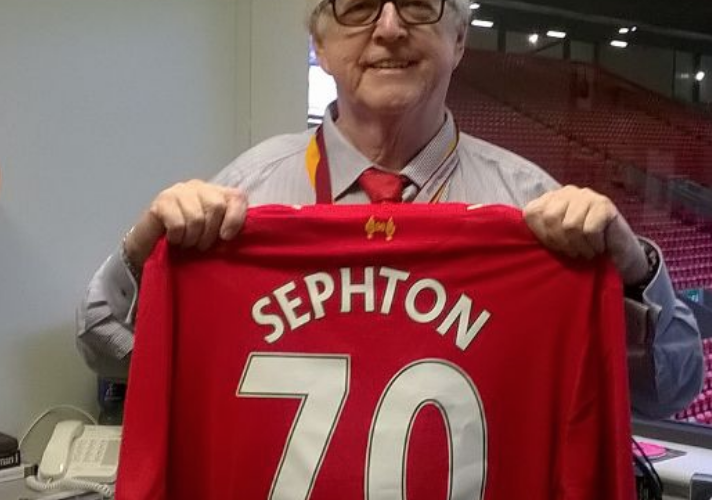 History suggests Liverpool has one of the biggest trophy cabinets in world football. Those trophies, however, have gathered considerable dust in recent years. That could all be about to change, according to George Sephton.

Sephton is Anfield royalty, having been the Liverpool ground announcer for over 40 years. He this week joined Box2Box and expressed his delight at the way things are moving under manager Jurgen Klopp.

“When Klopp came to Anfield just over three years ago, the talk was it would take him three years to get his team playing his way”, he said.

“We enjoy watching his teams play…but this season it’s got to be silverware. For me, we’ve got to win the Premier League, that’s what Liverpool used to do year in, year out in the 80’s”.

The Reds have a chance to retain their position atop the league table with a win over Manchester United on Monday morning (AEST), something Sephton is confident of, despite a mounting injury toll.

“We need to grit our teeth and get through that period where we’re going to be short at the back, but we’ve got the wherewithal. I’m sure Jurgen will know exactly what he’ll do”.

Having lost the Champions League final in May, the Reds remain a chance to go one better this year, having defeated Napoli mid-week to remain in the tournament. There is no doubt for Sephton, however, where the priorities should lie.

“The prime objective is definitely the Premier League. I want Liverpool to be champions again. That word, ‘champions’ means so much to somebody of my age”.