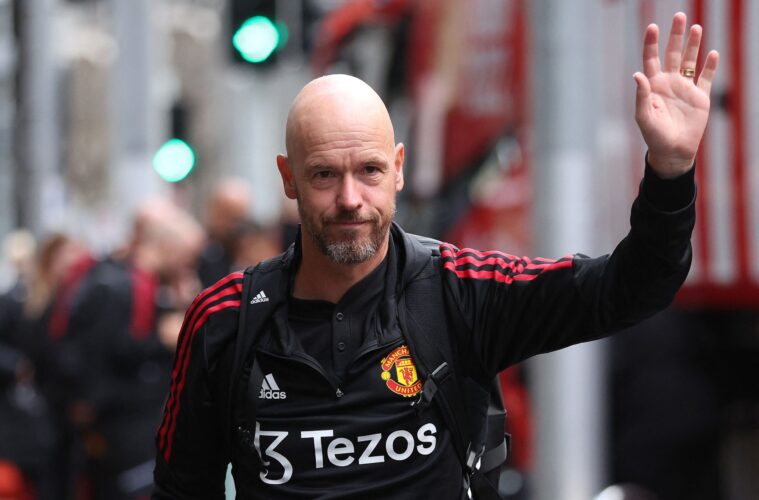 Manchester United’s first pre-season under Erik ten Hag rolled on with a 4-1 win over Melbourne Victory at the MCG on Friday, and hours later was bolstered by the news Christian Eriksen will join the club on a three-year deal. Having also scooped a brilliant novelty trophy from their trip to Thailand, it’s been all smiles so far ahead of their season opener against Brighton on August 7.

But United haven’t chewed through four high-profile managers in nine years for nothing. The Athletic’s Carl Anka believes ten Hag’s initial challenge lies not in nailing transfer targets, or threatening the established reigns of Pep Guardiola and Jurgen Klopp immediately, but in unifying the dissenting factions that have soured the clubs environment -or ‘entorno’ – since Sir Alex Ferguson’s departure in 2013.

‘Johan Cruyff used the word ‘entorno’ to describe the very large network of fans, ex-players, presidential figures, senior club officials and pundits who were all around Barcelona, and all had an opinion on how the club needed to be run’, Anka told Box2Box.

‘Every club has their own unique entorno; Manchester United’s is very much a tinderbox right now, and has been for some years. If we look at the history of post-Ferguson managers David Moyes didn’t quite understand the environment, and Louis van Gaal… put so many noses out of joint it wasn’t tenable.

‘Jose Mourinho seemed to understand how the environment of Manchester United worked and he managed to get some of that environment to work for him, and to this day we’re still feeling the effect of his touch on the club… and then there was Ole Gunnar Solskjaer, which created its own sort of small civil war [among the fans].

‘The big challenge for ten Hag is to get buy-in from players, fans, YouTubers, ex-players who won trophies for Ferguson, to say ‘even if I don’t make sense of it, I believe in Erik ten Hag.’ I don’t think we’ve had that from a manager since Mourninho’s first season.’

Anka was enthused that the seeds of ten Hag’s style were apparent as early as last Tuesday’s 4-0 win over Liverpool in the Bangkok Super Cup. It’s a style the Dutchman stress-tested time and again during his four year spell with Ajax, with great success.

Following spells with Go Ahead Eagles, Utrecht and Bayern Munich’s reserves, ten Hag lifted three Eredivisie crowns with Ajax between 2018-2022, twice supplemented them with the KNVB Cup, and lifted the 2019 Cruyff Shield (English League Cup equivalent). Leading the side to the Champions League semi-finals in 2018/19 perhaps stands as the greatest achievement of all.

‘It’s the adoption of ‘Cruyffian’ principles at Manchester United. This is a more structured, more ‘modern’ style of football; they were pressing from the front, and borrowing from the Guardiola playbook of pressing but if not successful in winning the ball back after a bit, dropping deep and retreating into a 4-4-2.

‘There was also usage of inverted fullbacks, Diogo Dalot and Luke Shaw would come to the halfway line when in possession. We began to see the seeds of ten Hag-ball.’

Whether ten Hag-ball has room for Cristiano Ronaldo remains to be seen. The unwillingness of his ageing legs to press was apparent for all to see during his return season at Old Trafford, while Ronaldo himself remains hungry for Champions League football.

‘We understand his agent Jorge Mendes has had talks with Todd Boehly, the new owner of Chelsea, but that doesn’t appear to have made any great progress. PSG have said no as they’re going for a new iteration of the club spearheaded by Kylian Mbappe and Christophe Gautier.

‘In terms of possible suitors for Ronaldo, the pool is very, very small. We have reasons to believe Ronaldo is interested in lowering his wages to get to a club in the Champions League. What I wouldn’t disclude is that he plays for Manchester United in their opening game of the season against Brighton.’