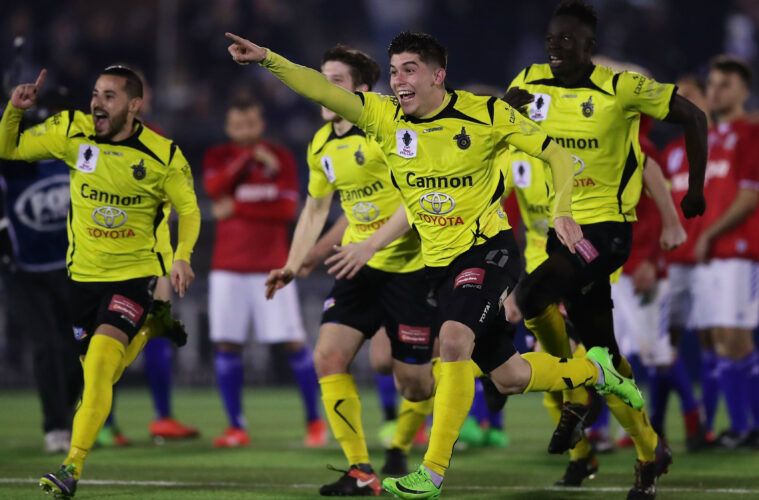 Teo Pellizzeri previews Australia Cup as Round of 32 kicks off

The Australia Cup kicks off with four Round of 32 fixtures across the country tonight, and with it returns the opportunity for state-league sides to make a national name for themselves and join the likes of Redlands United, Heidelberg and APIA Leichhardt in generating a ‘cupset’ over A-League opposition.

Heidelberg have been drawn the chance to repeat the feat of their 2017 win over Perth Glory when they host Brisbane Roar next Wednesday (July 27), which 10 Football’s Teo Pellizzeri has told Box2Box is the ‘blinking red light’ of a potential first round upset.

‘I think sometimes you can sense these things are coming. When Adelaide United lost to Redlands in 2017 it was so absurd the way Adelaide conceded the equalising goal, with a big keeper mistake from Eugene Galekovic, and Redlands then went on to win in extra time’, recalled Pellizzeri.

‘We’ve barely heard the Redlands name since from an NPL Queensland or Australia Cup perspective. That night was just so particularly brilliant, that an NPL Queensland team could knock out the defending A-League champions. That’s what you talk up and build these ties to be.’

For the first time the Round of 32 has been conducted as an open draw, without the fixed mechanisms that previously ensured at least one non-A-League side would reach the quarter-finals.

By chance, just as many A-League sides have been drawn together as was previously mandated; combined with weaker than usual representation from New South Wales, and there is a sense the draw could open up for a weaker A-League side to charge for the latter stages.

‘We’ve drawn Sydney FC versus Central Coast, Newcastle versus Adelaide and Western United against Melbourne Victory, so three heavy hitters are going out straight away. We could potentially be losing three of last season’s finalists.

‘NSW hasn’t quite pulled its weight, its only team from the NPL First Grade in the last 32 is Sydney United, and they’re not even going to make this seasons’ top six. We’ve got a regional team in Wollongong United, Broadmeadow Magic representing the NNSW, Bonnyrigg from the second tier, and North West Sydney Spirit who also aren’t in the top flight.’

‘It means A-League teams may actually get a little bit of an easier run than they’d expected because they’re not facing the best of the best the NPL has to offer, which is a shame, but it might make the upsets even bigger if we get one.’

‘Mindil went back to back in the Darwin Premier League in 2020 and 2021 so they’ve actually been quite a strong team, and shifted the balance of power up in the NT. With that said, players in their 40’s are regularly among the best in the NT Premier League, so we can’t get too carried away against a team the quality of Avondale.

They have great facilities up there at Larrakia park, they should get a good crowd, a very well run club trying to raise the standard and improve the professionalism of the competition, but sadly for them I think Avondale is a bridge too far.’