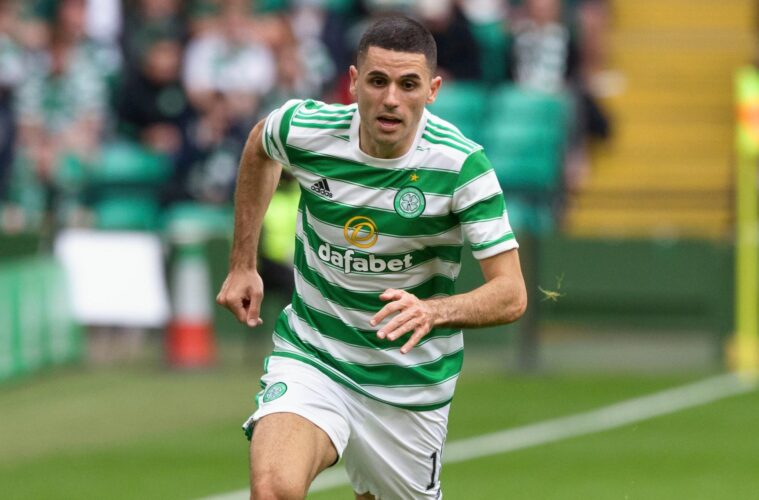 Australia’s World Cup qualification campaign hangs by a thread, and that thread may well be Tom Rogic. A hamstring injury saw the Celtic man absent from the Socceroos last two qualifiers, which resulted in disappointing draws against Saudi Arabia and China. On both occasions the side lacked his presence in the front third.

Back to full fitness with The Bhoys, Rogic is flying under former Socceroos boss Ange Postecoglou. Prior to the Scottish winter break Celtic had won sixteen of nineteen matches including the final of the Scottish League Cup, Rogic’s 16th piece of silverware at the club.

It’s been an extraordinary resurgence for a man whose body and form have been temperamental across the journey. The Athletic’s Kieran Devlin believes that at 29 not only is Rogic back to his best, but he is also at his most durable.

‘The football he’s playing now is better even than the football he was playing in his final season under manager Ronny Deila (2015/16) and his first two with Brendan Rogers (2016-2018)’, Devlin told Box2Box.

‘He’s finishing 90 minutes of games quite comfortably now, whereas even at his peak under Rodgers he was always the first subbed off. He’s as fit and as confident as he’s ever been.’

That durability has helped Rogic step up over recent months as injuries mounted among Celtic’s midfielders. He has also displayed flexibility in dropping deeper into midfield, a position from where he began his scintillating solo run to score against Dundee.

Devlin expects that to be a role he’ll be relieved of by the incoming Reo Hatate, who has signed from Kawasaki Frontale.

‘I’m really fascinated by Hatate’s signing… Rogic really had to be that sort of advanced [defensive] midfielder, and Tommy isn’t a natural for that, he’s more an old school number ten. Hatate seems to be a perfect fit for that, so I’m really excited to see the two of them together.’

When Postecoglou was appointed Socceroos manager in 2013 he made no secret of his desire to make the then 21-year old Rogic central to his plans. Things didn’t quite work out. In 2014 Rogic lost a race against the injury clock and departed Brazil days before the World Cup, unfit to take his place in Australia’s 23.

The following January, injury also sadly cost him a place in Australia’s greatest triumph under Postecoglou as they lifted the Asian Cup on home soil. Rogic featured at the 2018 World Cup, but by that stage Postecoglou had departed.

Now firmly into the second half of his career, Rogic is again being provided a platform by Postecoglou to lead Australia on the world stage. As Devlin explained, this indian summer of his Celtic career is reward for a man who has stayed patient and loyal.

‘Celtic had accepted a bid from a Qatari club last summer, the summer of 2020, but it was Tommy who turned them down because he wanted to stay at Celtic.

‘Even though he was going to get a massive wage increase he wanted to give Celtic one more go, and I think that’s a really heartwarming arc to his career. Hopefully he now thinks of it as being worth it.’