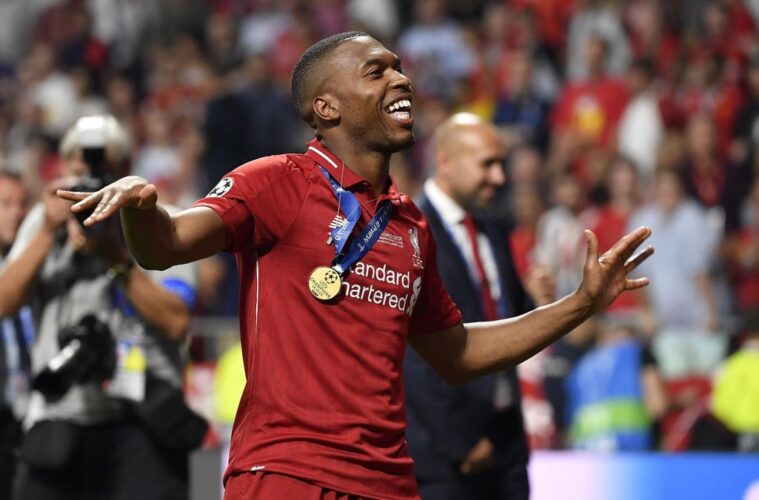 A new broadcast partner, a new naming rights partner, the structural re-alignment of the men’s and women’s competitions; there’s been plenty of reason to feel rejuvenated by the future of the A-League men’s (and women’s) competition over recent months.

The start of the season may seem a little while off, but that positivity was sharpened back to the pitch this week with the news two-time Champions League winner Daniel Sturridge has signed a one-year deal with Perth Glory.

Sturridge may not be the very best player to grace the A-League but given his success in the Premier League, he is certainly the biggest name among Australia’s anglo-aligned football fan base.

‘There’s a massive expat community here. Someone with Daniel’s profile, having played in some of the biggest clubs in England – Man City Chelsea, Liverpool – was received very well. There’s been a buzz around the club and the whole city’, Glory Football Operations Manager Terry McFlynn told Box2Box.

‘The interest in Daniel right across the whole nation has lifted the A-League. I’m sure we’ll see crowd numbers reflect that as well. He’s very humble for the heights he’s played at, and his main focus is to join his teammates and fit into the culture we have here at Perth Glory.’

Sturridge has time and again proven himself of world-class ability when on the pitch, scoring 77 Premier League goals and eight times in 26 games England, including at the 2014 World Cup and 2016 Euros.

Both tallies would have been considerably higher if not for consistent injury (he managed 30 matches in a season just twice) and at 32, this looks the biggest concern.

McFlynn provided reassurance that he’ll arrive with a level of fitness behind him after training with Real Mallorca in Spain’s second tier.

‘We’ve managed to get our hands on a lot of his physical data, we know where he’s at physically now. He’s been training with Real Mallorca and they wanted to sign him but with Brexit taking place, he’s [now] classed as a non-European player.’

‘They had three non-Eu players on their roster already, so they could have signed Daniel but not registered him until January. That opened a window for us to say you can come here and start playing straight away, which he wants to do.’

All things permitting Sturridge should boost the standard of the Glory, crowd numbers across the country, and general interest in the competition both here and abroad.

McFlynn also spoke of the in-house benefit he’ll provide to a club that twelve months ago began investing heavily in local talent under Richard Garcia, which was kick-started by taking six academy and three WA-NPL kids to Qatar for the Asian Champions League last November.

‘Subsequently seven of those nine signed professional contracts, six of them played A-League last season. It was important for us not only to give them an opportunity but also accelerate their development by bringing in good senior players around them.

‘Daniel’s won the Champions League twice, Brad Jones has won it too. Aaron Calver & Brandon O’Neill have won the A-League, so the players we’ve brought in are winners.’