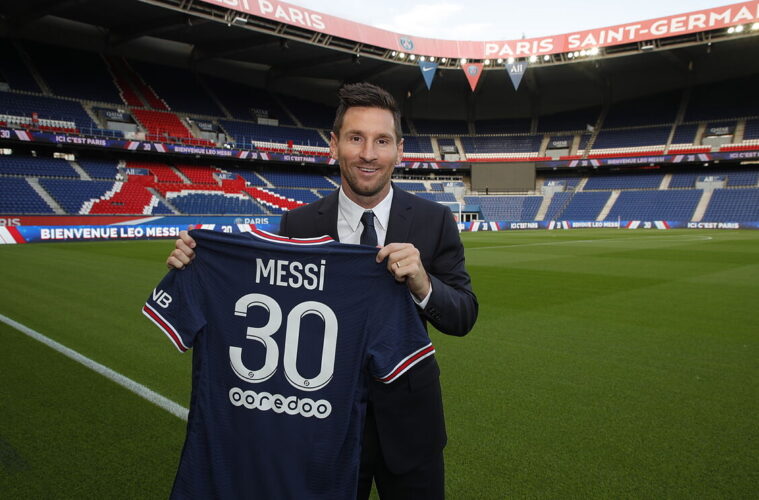 Messi’s tearful farewell last Thursday brought to a close a legendary era that began with his signing as a 13-year old in 2003 and reaped 35 trophies, but one which also slowly wore Barcelona into the ground.

Their obsession with Messi led them to financial ruin to the point La Liga’s salary cap effectively barred them from proceeding further, with the outcome the parties separating against their wishes.

“When Messi woke up on Thursday morning, August 5th, he thought ‘I’m going to sign a new contract, half the pay, no problem. I’ll stay here the rest of my serious career”, Simon Kuper, author of the newly released Barca, told Box2Box.

“Later that day President Joan Laporta finally admits ‘actually, there’s no way we can really sign him. It doesn’t matter if he halves or even take off 90% of the salary. We can’t sign anyone, we can’t even register free agents. That’s when Messi realised the building had collapsed.”

Messi is a quiet public figure adored globally, and it’s been hard for many to fathom that while he’s delivered endless joy on the pitch, his representatives have persistently held the club to ransom, to the detriment of all else.

“[Father] Jorge Messi thought he was a brilliant businessman. He kept going to Barcelona saying ‘my son might leave this summer if you don’t pay him more’. One official told me between 2014 – 2020 Leo’s salary trebled.”

“By the end he was earning €125million a year, more than double the salary of anyone else in world football. When he got a raise all the other players wanted a raise. So that was a big part of the financial collapse, but it was still a surprise what happened last week.”

Had Messi & co. settled for less over the years he and the club could have remained entwined, but instead the margins were pushed so far the situation moved beyond their control. It’s a true sporting rarity that club and player split against the wishes of both; then again, Messi has been a truly rare player in a rare era.

But just days later he was in Paris, beaming for the cameras at le Parc des Princes, holding up what will become the most sought after shirt in world sport. Such emotion was totally at odds with the days prior, and many pointed to his tears as crocodilian. Kuper, however, felt they were genuine.

“I don’t think he’s trying to manipulate us… I think he was crying partly because this life that suited him so well is suddenly, shockingly coming to an end.”

“One reason he wanted to stay this summer was when he told [family] last year ‘I want to move to a club abroad’, his wife and sons burst out crying because their life really works for them.”

“He was quite shocked they were so upset. His sons don’t want to move to a different country, new school, a new language. So I think the football will be fine, it always is for him. It’s the life off the field that will be a wrench.”