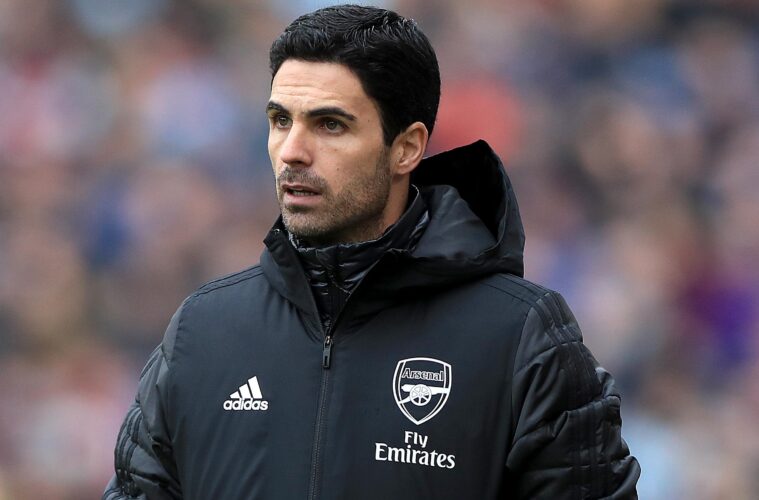 Arsenal are in the relegation zone a fortnight into the Premier League season and look unlikely to climb out soon as they face the daunting task of Manchester City at The Etihad on Saturday (9:30pm AEST).

Mikel Arteta’s side marginally boosted morale mid-week with a 6-0 thumping of West Brom in the League Cup but according to Gunnerblog’s James McNicholas, even the most ardent Gunner would consider that of little relevance to the City clash.

“I think Arsenal fans have made their peace with the prospect of a difficult afternoon at The Etihad, but the nature of the defeats so far against Brentford and Chelsea has been alarming”, McNicholas told Box2Box.

“They’re still missing a number of key players at the back. Gabriel and Ben White are likely to still be absent, probably their two first choice centre-halfs. It’s not ideal going to face Manchester City in those circumstances.”

A disastrous opening day loss to Brentford and subsequent failure at Chelsea have heaped pressure on manager Mikel Arteta, who’s been unable to stem the malaise the club has experienced since the latter years of Arsene Wenger’s tenure.

McNicholas explained the club has at least shifted tack off-field in looking to establish a long-term foundation, having signed five players aged 23 and under in the current transfer window.

“Arsenal have taken quite a bold, positive step in not looking for short term, quick fixes as they have done a bit in previous windows. [They’re] trying to build something with longevity, something a bit future-proof against possible managerial change.”

“But there is tension of requiring patience… the pain and frustration of not winning games is going to have an effect. So I think there’s a balance to be struck. Arteta needs to get points on the board and show he can produce something in the short term.”

What that ‘something’ in the short-term looks like is still unclear. Until the youthful recruits develop into consistent contributors questions will linger over senior players who haven’t stamped a trademark style on the club in their time.

McNicholas hopes Arteta will drill a distinct style into the likes of Bukayo Saka, Maarten Odegaard and Emile Smith-Rowe, for that will at least provide on-field identity the club has lacked.

“There are senior figures in that dressing room, Aubameyang, Granit Xhaka, who for different reasons are not the people you’d want to build a culture around.”

“The most encouraging thing is there is a group of young players who do seem to share a bond, a connection, a sense of what Arsenal’s about. It’s something ultimately Arteta’s responsible for, something the fans really now are looking for and saying ‘what is it exactly we are trying to build here?’

“Are they a possession based side, a counterattacking side, do they press, do they sit deep? All these questions haven’t really had clear answers. As soon as fans feel they can grasp a sense of what this team is trying to be, it will be easier to judge it.”