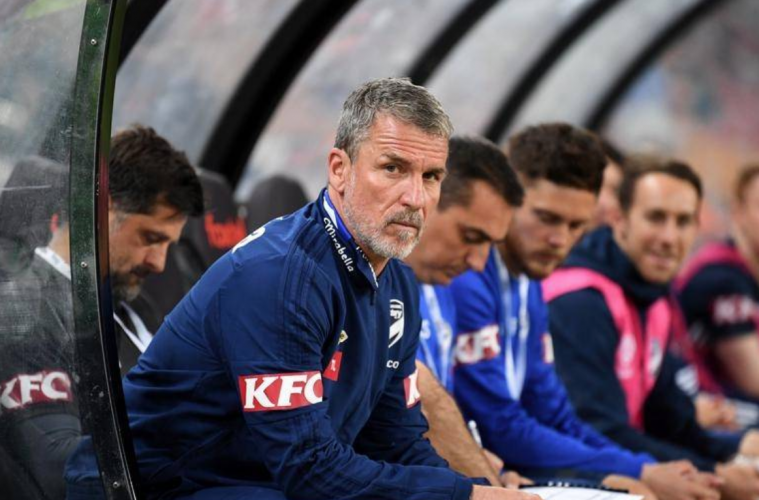 Marco Kurz’s poor start to life at Melbourne Victory was drawn into sharp focus last weekend, with an abject 3-1 loss to his former side, and arch-rivals, Adelaide United.

Kurz, and the club as a whole, have struggled to transition away from the dominant figure of former manager Kevin Muscat, with Fox Football’s Mark Bosnich labelling their effort against the Reds as ‘pathetic’.

“It’s always very difficult (the transition) and we’ve seen it at some of the biggest clubs in the world, and this the biggest club in the country”, Bosnich told Box2Box.

“Melbourne Victory’s a very special club, run by special people, they’ve had special players, managers, supporters. So to see them against their biggest rivals perform like they did last week was disappointing”.

Victory and Kurz need a reaction tonight at Aami Park against another underperforming side in Perth Glory, in what will be a celebration of club stalwart Leigh Broxham’s 300th game.

“I’m really hoping we get a massive reaction (tonight) against Perth, nothing would make me happier than seeing that”.

Kurz will be feeling the heat should they fail to do so, and although current calls for his head seem premature, they will become more justified the longer the malaise continues.

He’ll be bolstered by the opportunity to play his three attacking weapons, Andrew Nabbout, Ola Toivonen and Robbie Kruse, from the outset, having been denied that chance through various injuries thus far.

“I believe eventually he will be a success, but the bottom line is there does come a limit to everyone’s patience, and the first people that impacts is the fans”.