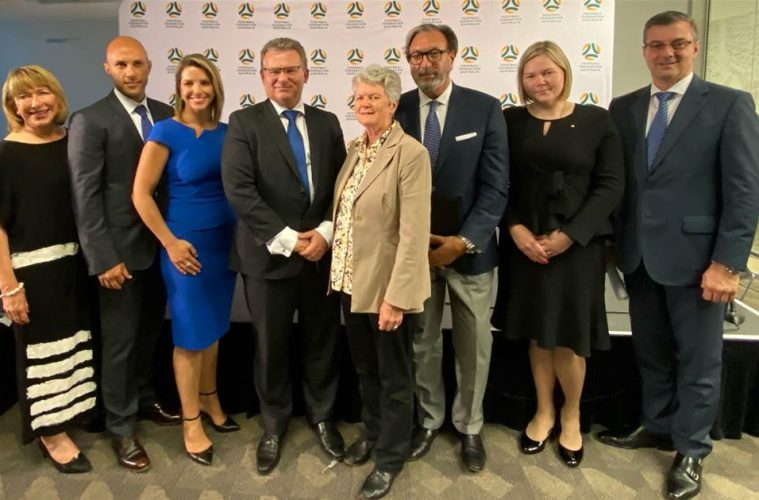 MICHAEL LYNCH ON FFA BOARD APPOINTMENTS

The final two positions on the FFA Board were filled on Thursday, with Robyn Fitzroy and Carla Wilshire elected, while Chris Nikou was reappointed to the position unopposed.

Wilshire was backed by the member federations around Australia, winning out over Shane Healy, the preferred candidate of the A-League clubs that will soon run the domestic league.

While many expected A-League clubs to wield a great deal of power under their new deal, Fairfax reporter Michael Lynch believes the board elections exemplify the FFA still has a big role to play as well.

“While the clubs have the power to control the domestic league they haven’t actually signed off on that agreement yet. But assuming that takes place… there’s still an awful lot they won’t have a say over”.

“The National Team’s will be the FFA’s bailiwick. A lot of the government interface would be done by them, too. While they’ll lose the big cash cow, that doesn’t mean they’re at all powerless, they’ve got a lot of areas of responsibility”.

The two outgoing board members have also drawn headlines this week, having cited a lack of transparency over the investigation into the Olyroos incident in Cambodia.

Crispin Murray and Kelly Bayer Rosmarin quit their posts a month ago, but Lynch wasn’t overly sympathetic towards claims it was because they were left in the dark over the investigation.

“There’s a lot of allegations about a lack of transparency, but no one should jump up and down and say they resigned because of they way this was handled”, he said.

“They were going anyway, their terms were up. But the fact they went early and cited this is not a good look, is it?”.