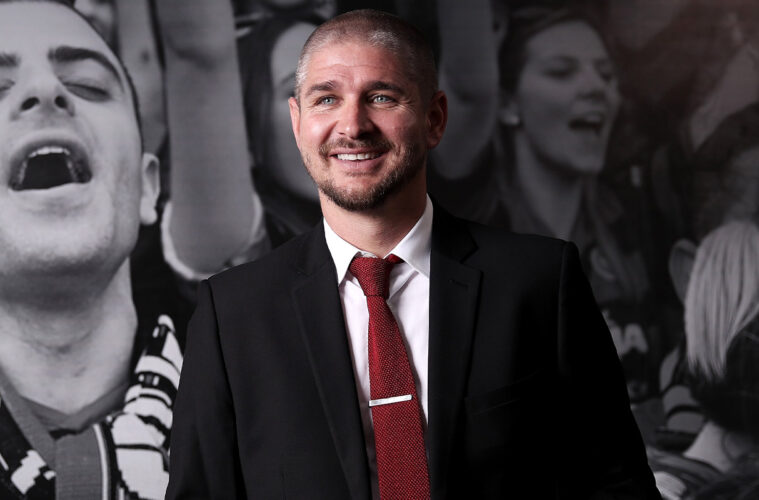 The Carl Robinson era at Western Sydney has been delayed by a couple of days, but still promises plenty ahead as the club look once again to reignite the success of their early years.

Robinson was at the centre of the off-season’s biggest talking point, leaving Newcastle less than a year into his bumper three-and-a-half year contract to join the Wanderers.

Given Newcastle’s struggles and Robinson’s pedigree it looked a one-sided call. Ten weeks on, Robinson however maintains it was the best move for he and Newcastle.

“Obviously it was only a short time at Newcastle, everyone knows the situation going on there with the potential takeover. When I joined in February last year it was the exact same situation”, he told Box2Box.

“With the Covid break there wasn’t too much movement even though there was a lot of hard work going on behind the scenes. A decision was made, and it was the right decision for all parties.”

Ibibi’s move in particular was the cause of great angst, Newcastle reticent to lose a player that will now link with Robinson at a third separate club.

“Circumstances at Newcastle for him changed… the initial stuff that came out about Bernie a few weeks ago has been retracted and a statement has been made which says he’s a good person.”

“He was one of my first targets, I knew he was a good person, he’s very articulate, he’s an honest boy, he’s got good values, his mother’s brought him up the right way.”

Troisi too forced a move to the chagrin of Adelaide, who claimed they’d retracted their offer for him to leave some time ago.

“When I found out James was available we were the third team that spoke to James, wasn’t just us.”

“He’s an Australian player, played at a number of clubs, played at the highest level. When he became available, of course I’m going to speak to good players, and I managed to get him over the line.”

“If they wanted him to stay and he was a big part of their plans, obviously he’d still be there. I’m lucky to have him.”