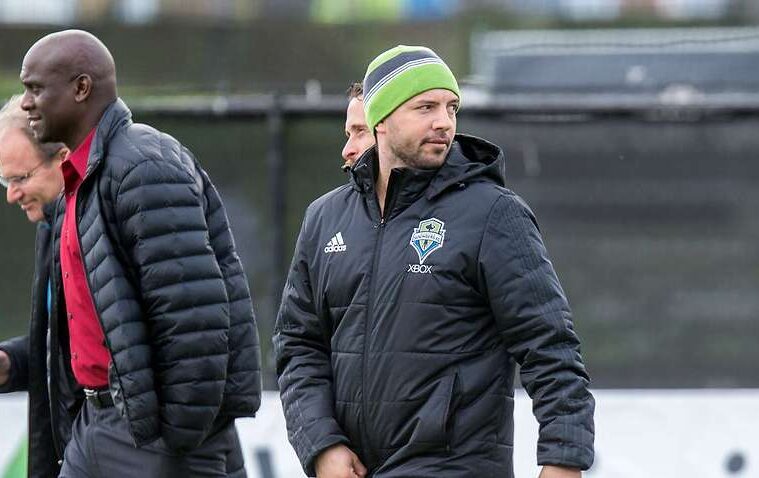 John Hutchinson has landed the next move in his burgeoning managerial career, with the Central Coast Mariners legend to assist Ange Postecoglou at Yokohama F Marinos – provided he can get into the country.

Since his retirement from the pitch Hutchinson has spent time in charge of Seattle Sounders 2 in the US, as well as brief stints with Central Coast and Western United, and will now become the latest of a slew of Aussies to join Postecoglou in Japan.

“Ange has always been the kind of coach to give young Australian assistants a break. Pete Cklamovski was with him for a long time, Arthur Pappas, Shaun Ontong is heading into his second year”, The Asian Games’ Scott McIntyre told Box2Box.

“You always hear in American sports this concept of the coaching tree. We can see that certainly Pete and Arthur have a similar ideology (to Postecoglou). You’d imagine Hutch would have to have the same for Ange to bring him in.”

With Pappas set to take up the reigns at Japanese third-tier side Kagoshima, Hutchinson will likely act as a like-for-like replacement at Yokohama. As McIntyre explained, it’s a transition that’s been a while in the making.

“I know there was a long courtship, Ange’s been in pursuit of Hutch for six months to a year. It’s finally worked out which is fantastic for Australian football, a chance for Hutch to work under a fantastic coach.”

The only issue may be actually getting started. With Covid-19 cases having steadily climbed up to approximately 6,000 a day in Japan the government have enforced a national lockdown, with foreign arrivals barred for a month.

“I don’t know whether the club can pull some strings to make sure John gets in here in time for pre-season, which is in a couple of weeks, but it’s possible he won’t.”

“There were 2,500 cases today [Thursday] in the greater Tokyo region which includes Yokohama, so it might be a while before Hutch is able to get into the country and take up his role.”