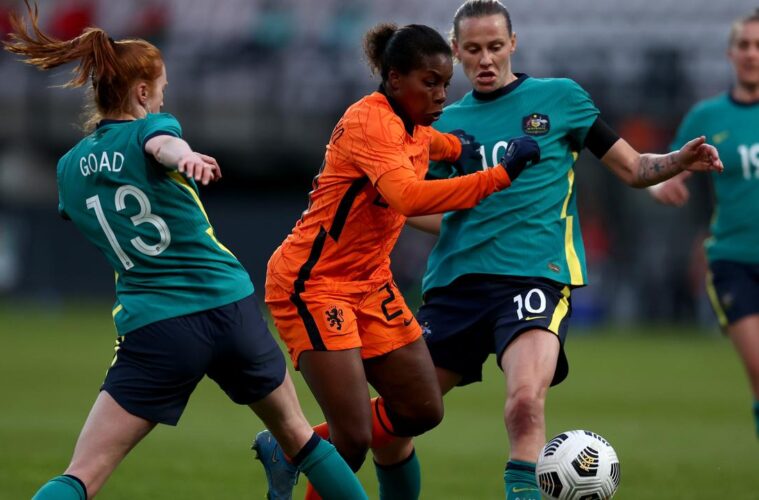 New Matildas boss Tony Gustavsson has plenty to ponder after his first matches in charge saw the side concede five goals in consecutive matches for the first time in 25 years.

A squad limited to European-based players followed a disappointing 5-2 loss against Germany with a 5-0 nightmare against The Netherlands, results which former Matilda George Yeoman-Dale felt exposed a lack of depth within the broader squad.

“You’ve got to look at fact that it wasn’t our strongest side, yes we’ve got all the players who are going really well in Europe at the moment but they didn’t take any Australian-based players over there”, Yeoman-Dale told Box2Box.

“It does expose our lack of depth, especially in those key positions of left and right full-back. I think that you can’t underestimate the strength of the Germany and Netherlands forward lines, but we should be competing better than that.”

Gustavsson will find some consolation in the fact he was unable to tap into the rich pipeline of W-League talent that emerged this season, something expected to change as global travel restrictions ease.

“We do have gaps in terms of depth in some key positions, but in these games we didn’t get to explore the strongest of the players to fill in those gaps.”

“Kyra Cooney-Cross had an absolute standout season and is someone who would be in that mix given the opportunity, yet was ineligible for selection because she’s based in Australia.”

One depth player who proved she’s worth persisting with was Beattie Goad, who deputised at left-back off the bench against Germany and retained her place against the Dutch in what were her first matches at the level.

“I’d like to see how she develops over the next few years playing in Germany. It’s a league that relies a lot on strength and that’s probably a weakness in her game at the moment.”

“Playing in that German league is only going to help accelerate her game.”