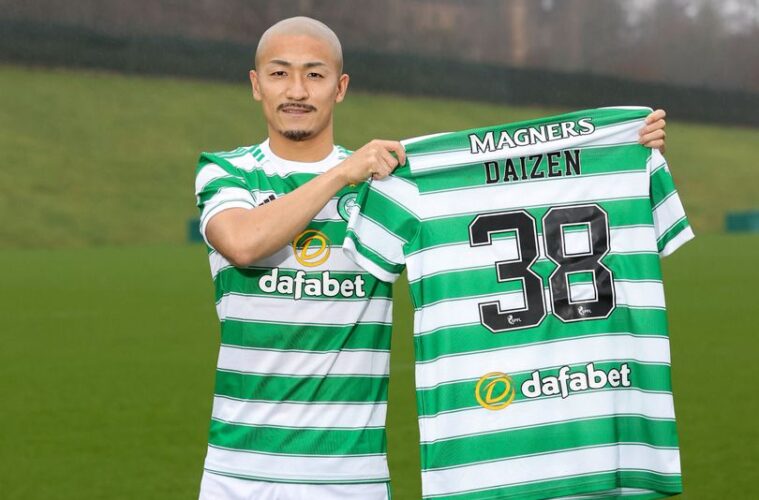 Ange Postecoglou’s first transfer window as Celtic manager appeared an almighty grind. August was a month of press conference politicking and cryptic criticisms, aimed at unlocking the finances of the board who had supposedly backed him in.

‘We’re working awfully hard, I guarantee you. Not a moment goes past, the whole club’s working hard to make sure we can do it’, Postecoglou said of bringing in transfer targets after an August 12 win over Jablonec.

‘Part of the issue is mine, I’m selective with the players I want to bring in. We know that in the current climate some things take longer then others and we’ve just got to be really patient and diligent in our work.’

Fast forward to his second window and there appears no such struggle, with a trio of J1 League stars heading to the club on more or less the first day of asking. The Athletic’s Kieran Devlin told Box2Box fan excitement is palpable regarding Daizen Maeda, Reo Hatate and Yosuke Ideguchi, who should all be available after the Scottish winter break.

‘One thing about Maeda is that he’s blisteringly quick. I think he’ll be a really good foil for someone like Jota on the other side. If Jota’s going to hug the touchline that creates more space for Maeda to make those really clever runs in behind.

‘Ideguchi is a really fascinating one, he gives you something different. He’s a very aggressive, very clever defensive midfielder, so he’s just a really smart squad option and I’m excited to see what the plan is for him.’

Hatate has been a lynchpin in Kawasaki Frontale’s recent back-to-back J1 League crowns and Devlin can see him linking well with Tom Rogic in the centre of the park, allowing Rogic the freedom to get forward again after a spell covering injuries as a ‘number eight’.

‘Tommy Rogic, he’s been incredible. In December when Celtic had six or seven attacking options injured Rogic was involved in six of their twelve December goals, so he really stepped up.’

‘But he’s really had to be that sort of advanced midfielder at number eight, and Tommy isn’t a natural for that, he’s more an old school number ten. Whereas Hatate seems to be a perfect fit for that [number eight], so I’m really excited to see the two of them together.’

The willingness of the Celtic board to take the plunge on Maeda, Hatate and Ideguchi will have been no doubt influenced by the success of Kyogo Furuhashi, who’s two goals in the League Cup final saw them overhaul Hibernian from behind.

Some have looked to degrade the importance of that success given Celtic are a very big fish in that small pool, but it’s an achievement that Devlin considers significant given the broader context of what had come before Postecoglou.

‘I think it’s massive. There’s a lot of people who are not necessarily criticising it, but they are trying to dial it down by saying Celtic have the biggest budget in the country, they won twelve consecutive trophies, and they’re right.

‘But Ange inherited such a monumental mess in the summer. They lost their best striker, their captain, their best defender and second best midfielder after Callum McGregor in Ryan Christie. Their first team squad was gutted.

‘Silverware is a massive, massive boost. I think I counted only six or seven who were involved in Celtic’s last title win, so the level of squad turnover in the last two years has been massive, and he’s navigated that all amazingly.’