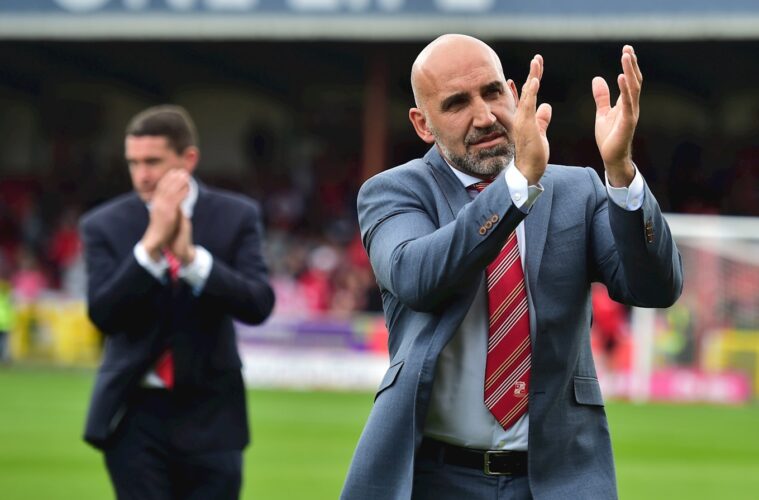 Tom Smithies on Clem Morfuni, the Aussie on verge of Swindon glory

The goal of Swindon Town owner Clem Morfuni when he took sole ownership of the club last July was to rebuild their once-proud foundations, and retain their professional status by staying in League Two.

But heading into the 46th and final matchday of the season tonight against Walsall (Sunday 12:00am AEST), it must be proving hard not to dream of breathing Wembley’s rarefied air en route to promotion. It would be just reward for Morfuni, who is bucking the usual perceptions of foreign ownership.

Keep Up’s Tom Smithies joined Box2Box to outline just how significant the Robins’ run has been, and just how dire a position the club was in before Morfuni, a former plumber from Northern Sydney, intervened.

‘It really is insane when you think Clem [only] took over the club as sole owner in July. Some of the stuff he’s told me – that no bills had been paid for months, the ground was unprepared, the pitch hadn’t been mowed. They had six players on contract and no manager, no chief executive or football director, but he quickly set about rebuilding.

‘He’s a very straightforward guy. He started as a plumber, built a business from his bedroom that is now a multimillion dollar business in Thailand, the US, UK and Australia. He’s said to people at the club ‘what do you need, how can we do this quickly and effectively?’

League Two’s promotion mechanism sees the top three promoted automatically, while those finishing fourth to seventh contest single-leg playoffs for a fourth spot in League One. If Swindon win tonight, away to fifteenth-placed Walsall, they’ll be just a further win away from an 80mile trek east to England’s most storied stadium.

‘There’s a whole range of scenarios that could play out [tonight]. Technically they could get one of those first three spots, but it would require a fairly freak set of results ahead of them.

‘They’ve had two great wins in the last week, they beat Forest Green last weekend who were top of the table, an unexpected 2-1 win when they were down to ten men through most of it and hung on through ten minutes of injury time.

‘I spoke to Clem after that win, he could hardly speak, he was so excited. They then won again in the week with a late goal against Barrow that took them into 7th, one of the playoff positions. So a win on Saturday turns that into reality and then they’re into the playoffs, if they win their semi-final they’re off to Wembley.’

It was a sharp piece of legal work from Morfuni that allowed him to ascend to sole ownership last year, when the previous majority owner readied the decrepit club for sale. Initially involved as a sponsor and then shareholder, Morfuni exercised his right of refusal to the sale and took control.

‘He’s a smart businessman…he’d inserted one important sentence, that if the club was ever to be sold he had to be given right of refusal, so when the owner lined up a potential American buyer Clem was able to say ‘hold on a minute.’

‘It went all the way to the high court in England, he won, and that was last July when he became the ‘clean’ owner. Most crucially, he’s buying the ground that they play in, The County Ground, their home ground for more than a century. But he’s buying it in partnership with the supporters’ trust.

‘They trust him, people have done their research on him and so far he’s delivered on everything he’s said he would. I think it’s a great story, a rags to riches story, and I’m now for the first time in my life rooting heavily for Swindon Town.’