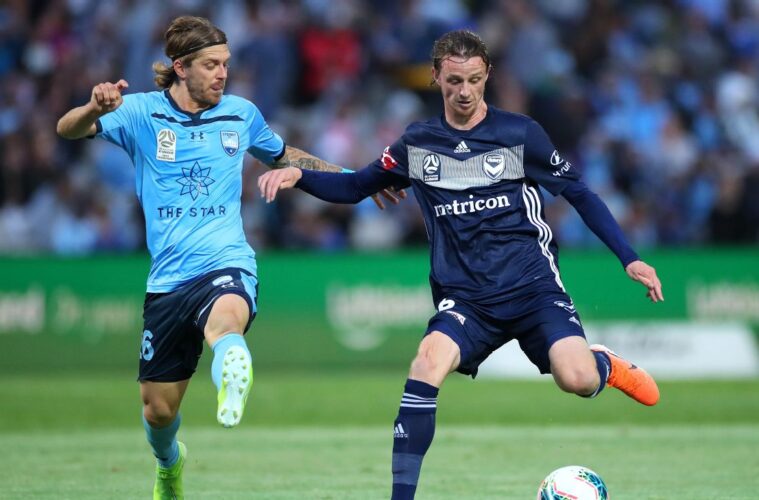 Former Melbourne Victory midfielder Josh Hope surprised many this week by stepping away from the game at just 22, citing anxiety stemming from online abuse.

While Hope’s Instagram post indicated his decision might not be definitive, PFA Co-Chief Executive Beau Busch nevertheless felt it a moment for the game to ponder player treatment in the digital age.

“As an industry we really need to reflect on how we’re supporting people, how we’re reacting to these trolls and the challenges associated with burner accounts and those sorts of things”, he told Box2Box.

“For us [at the PFA] it’s a moment to pause and look at how we can support these young guys and girls and make sure they’re not having to suffer alone.”

Busch explained support networks are already well established throughout Australian football, and that Hope’s strength to speak out may in a small way be aided by this.

“We’re very fortunate that we employ player development managers in the clubs that work extensively with the players and support them in relation to their mental health.”

“Whenever I had the pleasure of catching up with Josh he was an incredibly engaging, warm and respectful young guy. To see what he’s been through, obviously it’s taken a huge toll on him.”

Hope cited in his post he was ‘over being treated like just a ‘player’. Busch explained this was a common issue with young players today, and one the PFA were working to support.

“When they’re reading it they’re not seeing it as a reflection of them just as a footballer. They’re seeing it absolute criticism of who they are as a person because they associate so strongly with being a footballer.”

“Our hope is we can get more players talking about it. It’s really brave of Josh to step forward, and there’d be a lot of players in change rooms, going after reading that, ‘I’m not alone.’