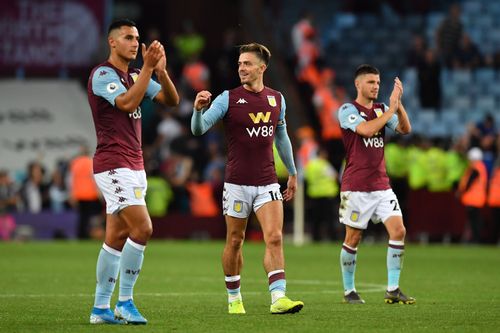 Aston Villa will be hoping to extend their dream start to the Premier League season when they host Southampton at Villa Park tonight (11:00pm AEST).

Having escaped relegation by a solitary point last campaign the Villains sit fifth, having won their first four games before coming unstuck against Leeds.

Gregg Evans of The Athletic believes central to the turnaround was the clubs decision to retain manager Dean Smith.

“Smith made it his priority to celebrate staying in the division, and then really start planning for next season, it really was a very quick turnaround”, he told Box2Box.

“Villa had a very successful window, managed to get in the players they wanted. It shows if you have that continuity and a bit of stability you can start to build and plan for big things.”

The club have been buoyed by their ability to retain talismanic Jack Grealish, the skipper staying loyal to his hometown club despite interest from top six clubs.

“The fact Grealish agreed to stay was a big deciding factor [in their success]. He’s irreplaceable for a club of this size, he’s probably one of the best attacking midfielders in the division now.”

“It was Jack who persuaded Ross Barkley to come to the club, they’re pals off the pitch. It really feels like that was a catalyst of what’s happening now.”

“For a long time at Aston Villa there’s been a problem with the goalkeeper’s position. The fact they’d signed a goalkeeper in each of the last five transfer windows pretty much says it all.”

“To get a keeper of his calibre at that age [28] for £20million, shows Villa really mean business now.”