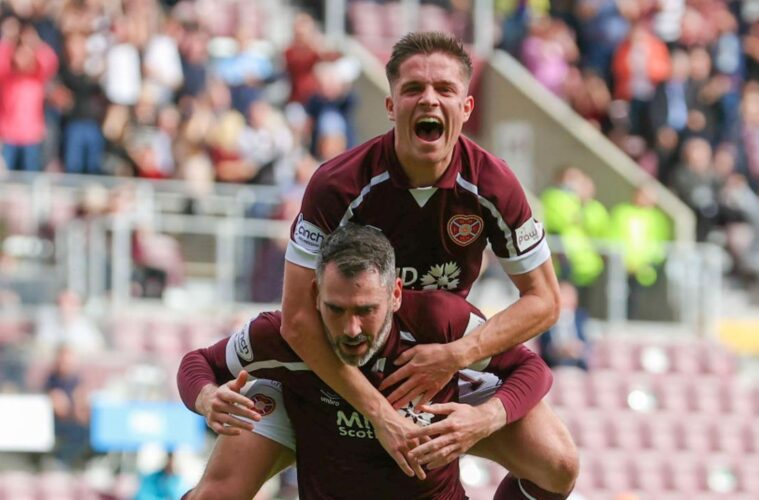 The new Scottish Premiership season is expected to play considerable role in the make up of the Socceroos’ World Cup squad, with a dozen Australians spread across the twelve sides that commence action tonight as Livingston host Rangers (9:00 pm AEST).

The lineage shared between Australian and Scottish football is time-honoured. Legendary 1974 Socceroos Jack Reilly, Jimmy Mackay and Jimmy Rooney were all born in Scotland, a tradition carried on today by Martin Boyle and Harry Souttar.

In turn, Mark Viduka, Craig Moore and Tony Vidmar all left their mark on the Scottish league down the years, while Gold Coast-born Lyndon Dykes led the line for Scotland at last year’s Euros. But never before has such a quantity presented on their shores at once.

It would be easy to put their seemingly-sudden fascination down to Ange Postecoglou’s success with Celtic, but The Athletic’s Jordan Campbell has told Box2Box the reasoning behind the shift is more complex.

‘Over the last couple of years, Scottish teams thought they’d struggle to bring players in from the European Union, so they had to look further afield. Post-Brexit, the status was that players would have to reach fifteen points [for visa approval], and to do that you’d have to be playing in a top five league or a full international.

‘With the budget Scottish teams are operating at, they aren’t attracting that level of player unless they’re Celtic or Rangers. It’s refreshing to see Scottish teams look outside England; for so long they’ve signed players from League One, League Two, National League on free transfers and lacked imagination.

‘Now the wages in England are becoming so high it’s a struggle for clubs to fish in that market, so that’s why you’re seeing them expand their horizons.’

In December last year the UK Exceptions Panel overturned this ruling. The decision was a great relief to the clubs, but came not before they’d expanded their scouting networks, evidently impressed by what they’d seen in the A-League.

At the forefront of this has been Hearts, who have signed an Aussie directly from the A-League in each of the last three transfer windows. Nathaniel Atkinson and new-arrival Kye Rowles head into this season as incumbent Socceroos on the verge of Qatar, while Cam Devlin has won plaudits aplenty in his year in Edinburgh.

‘I don’t think Hearts are near the fifteen point [threshold] from their signings but while some teams are waiting three-four weeks for any non-UK player to be registered… they have [developed] a 100-page document to fast track the process, so they definitely appreciate the Australian market now.

‘Atkinson has settled in really well, Devlin looks like he was made for Scottish Football… with that rottweiler attitude, always kicking everybody’s heels. [Manager] Robbie Neilson said when he signed Rowles he signed him to play on the left of a back three, or left-centre half in a back four, so he was signed with versatility in mind.

‘They’ve lost John Souttar to Rangers so there’s a gap to be filled. He’s 24, and has been outstanding in the A-League… I think he’ll play plenty, but it depends on him adapting to the intensity of the Scottish League, which can take a few months.’

The centrepiece of Australian football in Scotland ahead of the season remains Ange Postecoglou, who has welcomed Harry Kewell [assistant coach] and Aaron Mooy to his ranks. Campbell believes Rangers will remain a persistent threat, provided they bed down their seven new signings made by Giovanni van Bronckhorst.

‘I think this transfer window for Rangers has been on the horizon for some years. It’s been expected they’d sell their top players for two-three years and they’d kept hold of them, but this was the one where they’ve had to refresh the squad.

‘Calvin Bassey and Joe Aribo have gone for over £26million guaranteed, so there’s money to play with… I think we’ll see another gradual movement towards van Bronckhorst’s style of football, which will be more direct. You can see with the recruitment this will have his stamp on it all over the pitch.

‘There’s excitement from Rangers fans, but Celtic look strong and will be even more united now they’ve had a year together. It’s got the makings of an exciting title race.’