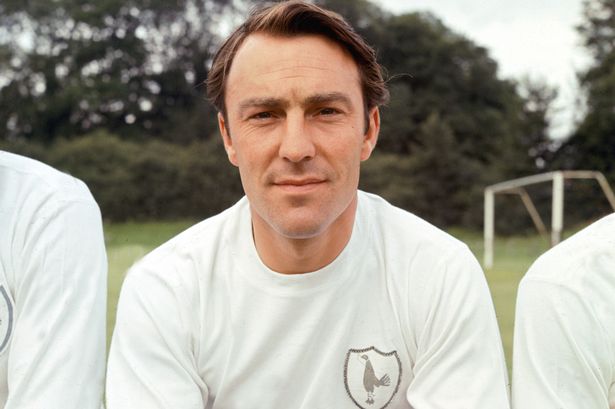 Legendary Tottenham and England striker Jimmy Greaves has this week passed away aged 81, drawing to a close a life of goal scoring records, laughs, lows and highs.

After making his name with Chelsea Greaves etched his name into legend with Tottenham between 1961-1970, where his 266 goals remain a club record today.

“Spurs fans still reminisce about the excitement of walking up White Hart Lane when Jimmy Greaves was playing, with an expectation that he would score, and also an understanding, appreciation and delight that he would do it in style”, The Times’ Henry Winter told Box2Box.

The middle of Greaves’ prolific time with Tottenham aligned with England’s famed 1966 World Cup triumph, of which he was part, yet missing from the final after an injury in the group stages opened the door for Geoff Hurst.

“You can just imagine in the age of social media what the reaction would have been. Greaves got his fitness back but Geoff Hurst had come in and was scoring, doing well. Alf Ramsey, ultimately his decision was vindicated to leave Greaves out of the final.”

“How bitter was he [Greaves] deep down? I don’t think he was a naturally bitter person, I think he got on with life. But there must have been huge frustration, particularly as the years got on, and 1966 became even more lauded.”

Still, through sheer weight and style of goals across a career that also took in time with AC Milan and West Ham, Greaves ensured that disappointment would not define him.

Off the pitch like many football stars of the 60’s he battled alcoholism throughout the 1970’s, grappling with the adjustment to life without the thrill of the pitch. His eventual climb out of the depths of addiction earned him further adoration from the public, according to Winter.

“Greaves was really in everyone’s heart partly because of the alcoholism that he fought and talked about so honestly. His 1979 autobiography had the word ‘alcoholic’ in huge letters on the front, he didn’t hide from it.”

“He said if one person bought that book and it saved them from drink then the whole exercise of writing the book was worthwhile. People really admired him for that.”

He later endeared himself to a new generation of fans between 1985-92 as co-host of Saint and Greavsie alongside Liverpool great Ian St. John, the pair pioneers of a light-hearted approach to football on television.

“He was a revolutionary in television, a lot of the programs we have in the UK are influenced 20-30 years on by what Saint and Greavesy did. It was the humour, two ex-pros looking like they’d stepped from the dressing rom, taking the mickey out of the players modern fads.”

“I was at university in Scotland at the time and I’d watch it with 70 mad Scots, and they would absolutely love Jimmy even though he was English. It was one of those unmissable events. It changed the face of how football was presented on television.”