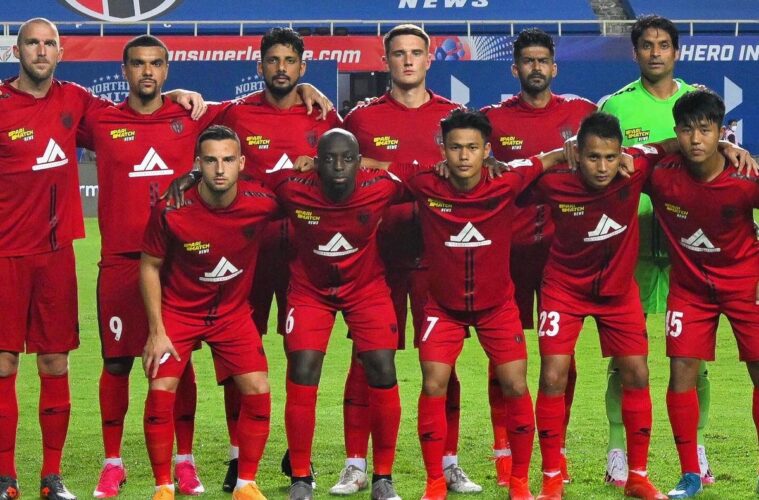 DYLAN FOX ON START TO LIFE WITH NORTHEAST UNITED

Dylan Fox’s dream start in India has continued, named man of the match as NorthEast United snatched a point at the death to draw 2-2 with Kerala Blasters in round two of the Indian Super League.

The result backed up a 1-0 opening day win over the highly-fancied Mumbai City, with Fox’s performance in that clash seeing him included in the ISL Team of the Week.

“Going into the game we were definitely underdogs against Mumbai, who are one of the best teams here. We went in there with nothing to lose, the team’s done really well”, Fox told Box2Box from the ISL hub in Goa.

Fox is one of a number of former A-League players who’s been lured to the re-invigorated ISL over the past couple of years, with stars Adam Le Fondre (first season) joining the likes of Roy Krishna (second) and Erick Paartalu (fourth).

“Coming off contract at the end of the year at the Mariners there was a bit of interest from India. There’s a rule now where all Indian teams need an AFC player so my agent looked at it quite seriously.”

“I feel like the ISL is growing. It’s a place where I can come over, get some minutes and be in a good environment. I’m at a good age now [26] coming into my prime as a centre back, so I thought it was a great opportunity.”

“I feel in the A-League sometimes it’s coming back and playing the ball around the back a lot. The ISL’s a little bit more fast paced, it’s 90 minutes of go go go.”