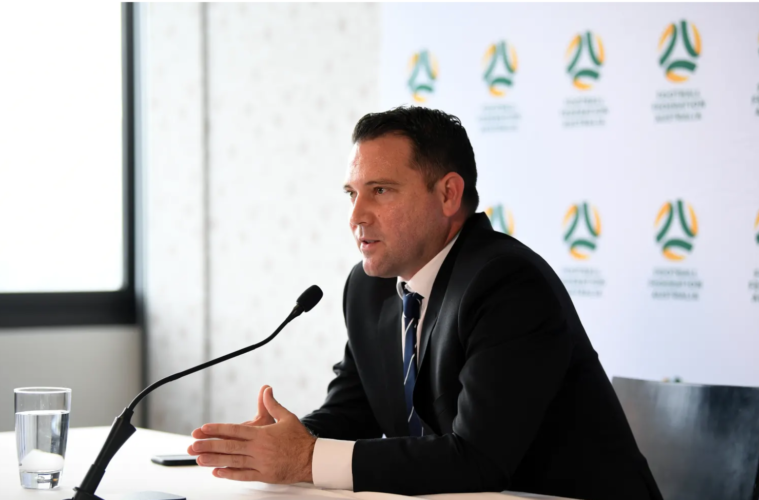 FA chief executive James Johnson has put the Government’s distribution of high-performance funding firmly on the public agenda, calling for a re-think of a model he says ‘doesn’t work’ for football.

Speaking at the Football Writers’ Festival in Sydney, Johnson stated the FA had received $2.3million recently, in contrast to paddle ($5.5million) and sailing ($8.8), allotments driven by the ASC’s ‘Winning Edge’ strategy.

When asked for comment by Box2Box the AIS’ Chris Wilson explained Matildas funding had increased 43 per cent this Olympic cycle to over $7.5 million, and that collaborative discussion was the appropriate forum to settle any issues.

Johnson clearly felt that forum hasn’t worked, leading to his comments in Sydney.

“I think that’s a pretty safe assumption to make, that the FA have encountered some roadblocks by trying to do things the private way and feel that’s the card they need to play”, Vince Rugari, who was at the Writers’ Festival, told Box2Box.

“Johnson doesn’t do things by accident so by going public with this… there’s clearly a disconnect and he’s wanting a little bit more from the government than football is getting.”

Rugari felt the matter stemmed back to the Government’s inability to grasp what a Matildas Medal or World Cup success would mean for Australia, and feels it’s incumbent on them to shift their priorities.

“You’re fighting against an Australian establishment machine where really, football isn’t a priority, and that’s sad.”

“If you are a body that’s doling out funding for the benefit of the Australian community and you’re not wise or cognisant of the broader impact of football… it’s kind of your job to be aware of this sort of stuff.”

By virtue of the ASC’s Winning Edge strategy weighting funding towards sports with the highest chance of winning medals, it seems appropriate the Matildas are now provided with all they can be to succeed in Tokyo.

“I’m not sure how much that [current strategy] recognises football and what it can do for Australia, even minor success like a medal at a games.”

“Do we value strong performances at the World Cup in 2023? That’s surely on par with a gold in one of the more fringe sports in what it could do for the country.”