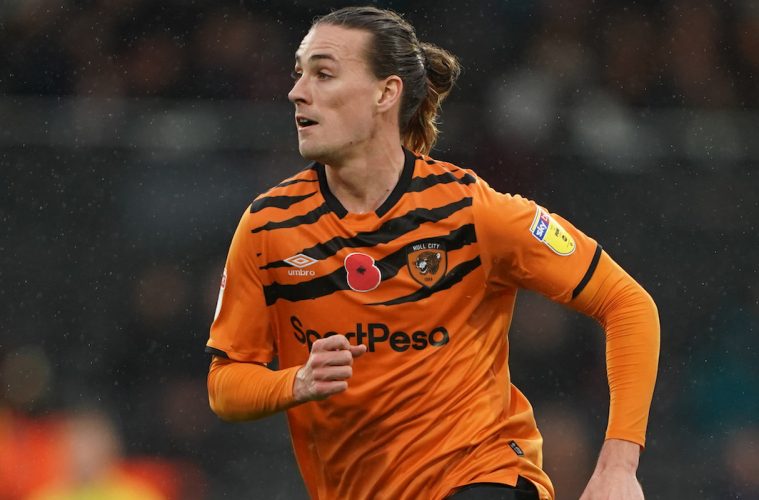 IRVINE WANTS TO BATTLE DROP ON PITCH, NOT OFF

Hull City stirred Championship controversy this week after their letter to the EFL calling for the campaign to be voided was leaked.

Sitting just two points above relegation and winless in eleven games, Hull would benefit greatly from that outcome, although midfielder Jackson Irvine would rather tough it out on the pitch.

“The club’s made its position clear publicly…Individually as a footballer everyone wants to see the season out and decided on the pitch, if it’s safe and when it’s possible”, the Socceroo told Box2Box.

“If it’s not going to be safe and if it’s not possible, then we have to find an alternative. But at this point I don’t think they’ve been able to come to a conclusion one way or another.”

Irvine has remained in the UK during the coronavirus lockdown, fulfilling a personalised fitness program as he and his teammates wait on the call that they can return to the pitch.

His experience of the devastation coronavirus continues to have on the UK left him in no doubt football should only return if safety is guaranteed.

“It’s absolutely horrific and has put a huge strain on medical services over here.”

“At the moment (football) has not been anywhere near a priority for the country but as things move forward… fingers crossed football can be one of the things that returns in the near future.”

Despite this perspective you could forgive Irvine disappointment that his domestic campaign is still running.

Had all gone to plan a trip to Argentina and the Copa America would have been just around the corner, but its postponement has left the Socceroos participation in 2021 up in the air.

“If it is possible and the invitation is still there then I’m sure every player and all the staff will be itching to be involved in the Copa America, because that was such an exciting prospect.”