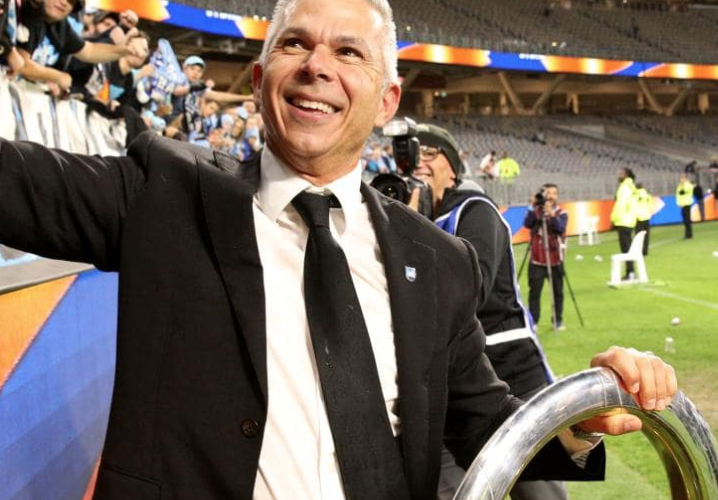 Sydney FC’s Championship win last Sunday may have been marred by a VAR error, but what should not be overlooked is the enormity of their achievement.

In securing their fourth national Championship, they join Melbourne Victory, Sydney City, Marconi and South Melbourne atop the Australian pile.

For manager Steve Corica, it crowned a remarkable maiden season in charge.

“It’s a special thing to win the Championship, especially away from home”, he told Box2Box.

“I had a great feeling, the boys have a lot of experience in finals football and they got there in the end”.

While Premiership-winners Perth were firm favourites following a dominant year nobody could deny the Sky Blues a trophy after another consistent campaign.

“Lots of people said you’ve got big shoes to fill coming after Arnie (Graham Arnold), and I did of course. We also made the Cup final earlier in the year and finished second (in the League), very close to wining that as well. Over all it was a pretty good season”.

A key facet of Sydney’s Grand Final win was their ability to nullify Glory talisman Diego Castro, with Josh Brillante and Brandon O’Neill in particular blanketing the Spaniard.

“They like to get in between our midfield and backline, and for me Castro is a very good player, one of the danger men”, he explained.

“We spoke about doubling up on them having the ball. I think it showed with Castro going deeper and deeper to get the ball that we did a good job”.