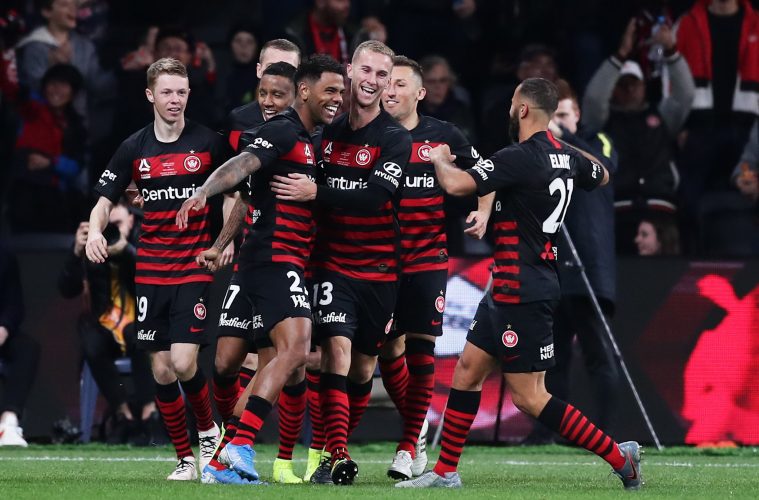 The scene could not be any better set for Saturday night’s Sydney Derby to produce the storylines and drama the A-League has been crying out for in recent years.

The two sides sit atop the table ahead of the sell-out clash, the first between the rivals at the Wanderer’s new Parramatta Stadium.

Wanderers skipper Mitch Duke this week joined Box2Box and explained the side couldn’t be better primed to turn the tide on Sydney’s recent stranglehold of the fixture.

“To be back at Bankwest (stadium) is an unbelievable feeling to start this season, and we started off with a win there. Also starting the A-League with two wins, going into the Derby with that kind of form and confidence is great”.

“We’re hoping we can turn the tide on Sydney dominating the last few years of this derby match”.

While manager Markus Babbel is encouraging his side to treat the contest like any other, Duke knows what the enormity of the clash means to those who will pack the stands on Saturday night.

“He very much wants to instil it’s just another game, we don’t win the season at round three. We want to alleviate that pressure, especially on the younger boys who are not used to the bigger occasions”.

“But if you want to go to the other side, this kind of game is very much for the fans. It’s bragging rights, West versus East, it splits the city for that day, and until the next game”.

“We’ve been on the back foot compared to Sydney the last few years, so the fans will expect a good performance and the three points, and put it back in Sydney’s face as well”.