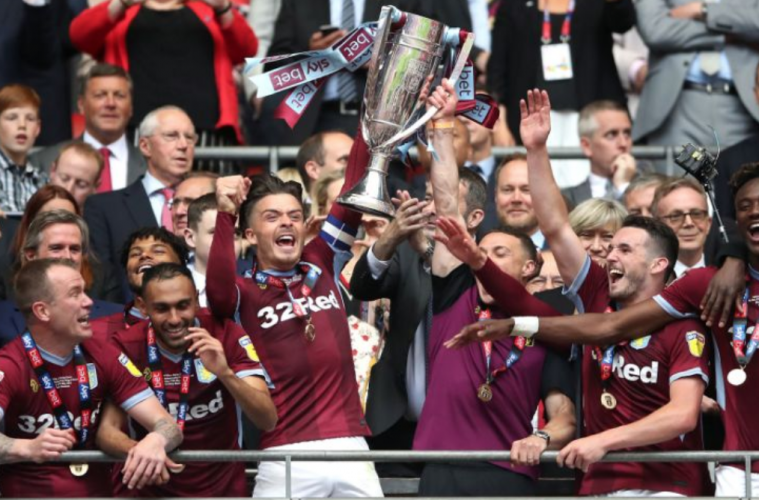 Having fallen at the final hurdle in losing to Fulham in last years final, they were this time able to go one better. They will now rejoin the top flight, where they been a permanent fixture until relegation in 2016.

Former Socceroos goalkeeper Mark Bosnich made 179 Premier League appearances for the Villains between 1992-1999, and this week joined Box2Box to celebrate his former sides promotion.

“I thought last season was an absolute disaster losing to Fulham in that final, they had problems off the pitch, they were going to lose their best player in Jack Grealish”, he explained.

“And then all of a sudden, it turned around. Grealish didn’t end up going to Tottenham, (manager) Dean Smith, a local lad, came in and they went on an amazing 10 match unbeaten run at the end of the season. Things seemed to fall for them”.

Villa’s next challenge will be consolidate back in the Premier League and avoid dropping straight back down, as was Fulham’s fate this term. With a number of loanees crucial to their success and financial problems not long in the rear-view mirror, they’ll need to spend their money wisely.

“Maybe the loan market is the way to go. Man United, Chelsea etc do stockpile young talent, there’s no better way for them to develop than to play and to go on loan. There are a lot of bargains to come by”.