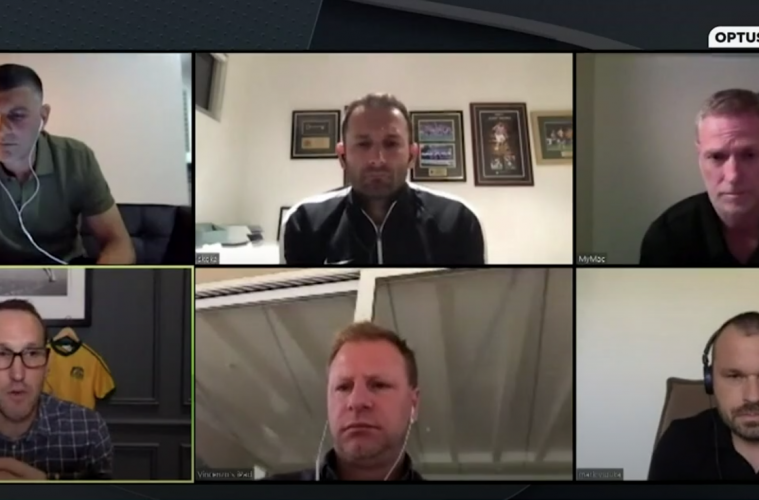 For a game perennially finding itself at a crossroads, Australian football has outdone itself in recent times.

What the future holds is anyone’s guess, but plenty of food for thought was provided by the six Socceroos legends who appeared on Optus Sports’ ‘State of Football’ roundtable last Sunday.

Richard Bayliss was central in pulling the discussion together, and as he explained to Box2Box, he’s been heartened by their evident love for the game.

“That discussion is happening between those guys all the time. We got an insight into the way they interact and view the game, obviously their passion for it really came out”, he said.

Football in Australia has never enjoyed complete unity across its varied stakeholder groups, so Bayliss took hope from the fact the Golden Generation members who appeared were largely on the same page.

“Even tough they all played together and had really good club careers and for the national team too, each of their experiences in the game since retiring are really unique”.

“For them to each be on the same page holistically I think is really powerful”.

Mark Viduka’s re-emergence in the media over the past month set anyone mistaking his quiet nature for apathy straight, and Bayliss hopes it’s the beginning of what could be a greater involvement going forward.

“He’s not that across football generally I don’t think, he lives a bit more of a relaxed lifestyle. But he’s trying to get back into it because I think he wants to give something back to the game”.