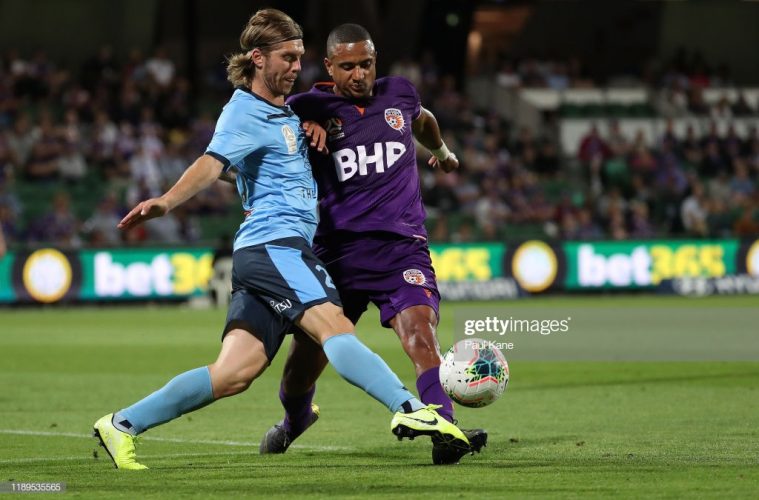 Consecutive victories in their past two matches has seen Perth Glory back on track in season 2019/20, following a stuttering start in defence of last season’s Premiership.

Reflective of the sides fortunes has been the form of left-back James Meredith, who’s hit his straps in recent weeks following an adjustment period after joining the club.

For Meredith, a Socceroos squad member at the 2018 World Cup, it’s his first professional experience in his home country after an accomplished 15 year career in England.

“(The start of the season) was a transitional period, it was a big move for me after so long in Europe”, he told Box2Box.

“I had a few A-League offers but when I got a call from Tony Popovic he sold (Perth) to me really well. He was ambitious, he wanted to win things, I liked the team and everything he was telling me”.

Having left Australia as a 16 year old, Meredith racked up over 300 appearances in the Championship and League One with York City, Bradford City, and finally Millwall.

So which of the three clubs does he look back upon with the fondest memories?

“Id say I was playing me best football in my last season at Bradford. We made the League One playoff where we played Millwall, they beat us and (the fans) stormed the pitch”, he said.

“But my time I most enjoyed was at Millwall. I loved playing there, the atmosphere, everything the fans create… everyone looks after each other, it’s a very tight knit community”.