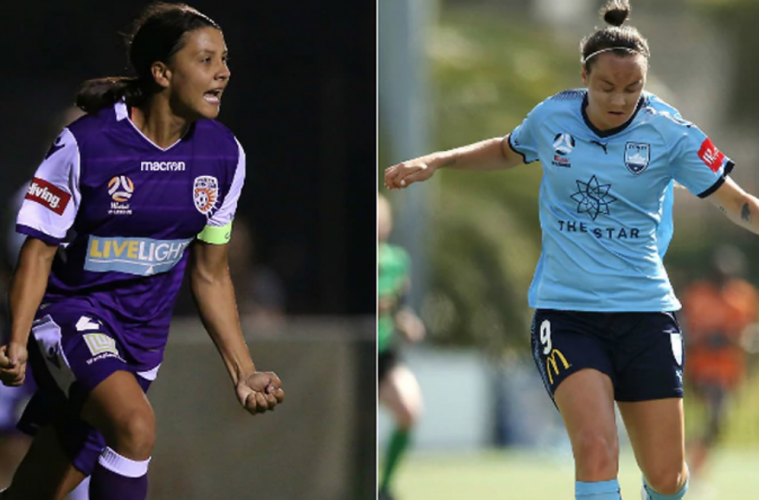 Sydney FC and Perth Glory will contest Saturday’s W-League grand final, in what shapes as a thrilling showpiece for the women’s competition.

Having both won their semi-finals away from home last weekend, both sides will possess a good degree of confidence heading into the clash at Kogorah.

Former Matildas and Perth striker Kate Gill this weeks joined Box2Box, and stated her delight at seeing the Glory in the final.

“I was part of the 2014 team that had such a great season but couldn’t get the last game done”, said Gill, now Deputy Chief Executive of the PFA.

“For such a long time Perth have really struggled, it’s so pleasing to see them in the box seat at the moment, doing great thongs for football in the west”.

While much of the attention has naturally been directed to Sam Kerr following her stunning semi-final hat-trick last week, Gill nominated Caitlyn Foord and Princess Ibini as two players who could turn the game Sydney’s way.

“What’s been great about Caitlin this year is she’s had some support from Savannah McCaskill. She looks comfortable, is making great runs and that’s why she’s scoring goals”.

“Princess has been used sparingly off the bench in previous campaigns; she’s embraced a starting role this year and is making it her own”.

“To see her improve and be a bit more comfortable on the ball, developing athletically, that comes through maturity.”

Sydney will be looking to win their third Championship, while Perth are hoping for a first after two previous grand final losses.