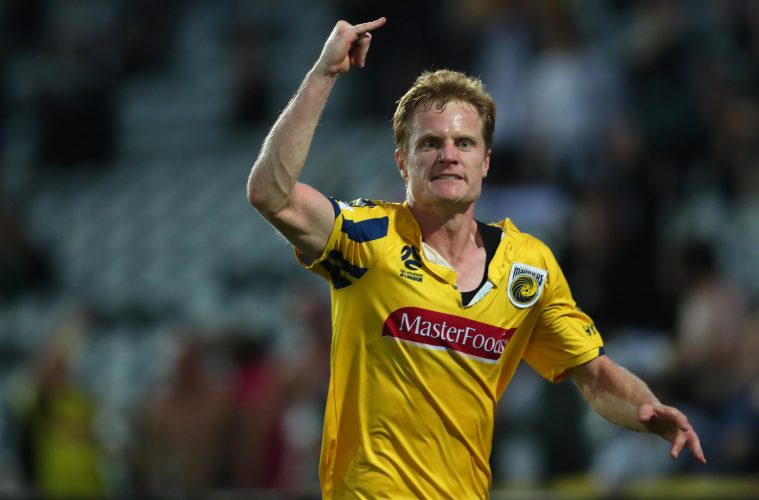 Penalty drama, a manager sent to the stands, and a favourite son coming off the bench to inspire his side to victory in the 100th minute; Sunday’s Central Coast versus Melbourne Victory clash had it all.

Matt Simon’s two penalties dragged the Mariners to within two points of the A-League top six, and also saw Victory manager Marco Kurz lose his job having seen his side lose from a winning position during extra time.

Simon this week joined Box2Box to recall the dramatic finish, which incidentally came in his 250th A-League appearance.

“It was pretty mad at the end of the day. It was a result we actually needed at this time of the season, we’ve been playing well in patches but the table doesn’t lie… so it was a timely win for our boys”.

“The morale has been pretty good all year, the camaraderie’s really spot on. We just needed that win, and now we’ve got to back that up”.

To add another layer to the drama, Simon’s performance (in which he also instigated an all-in brawl) saw the Mariners over the line against Victory for the first time since 2013.

“There was mention we hadn’t beaten Victory in seven years. Clubs like Victory and Sydney FC, they’ve got this aura about them. Seven years is a long time, there’s that mental side of the game, so to win it in the way we did was great”.

As for the milestone, Simon didn’t shy away from what is a tremendous feat of longevity.

“It’s something I’ll look back on when I’m finished. I’ll be pretty proud to have made the milestone of 250 games”.